Remember Samsung UK announced that the Galaxy E7 will not get a Lollipop upgrade? Well, this was not for the India, at least. Samsung has started the roll-out of Android 5.1.1 Lollipop update for the Galaxy E7 in India. The device, released together with E5, came with Android 4.4.4 KitKat at that time and it seems that Samsung made a huge leap from KitKat to 5.1.1, skipping Android 5.0 altogether!

Galaxy E5 got its update sooner, about two months ago, while the Android 5.1 upgrade for E7 appeared in Sri Lanka on the first days of the current month, and now in India. You can check for the OTA update (E700HXXU1BOJ7) in Settings on your Galaxy E7 handset (SM-E700H), or you can download it yourself and flash it manually via Odin. 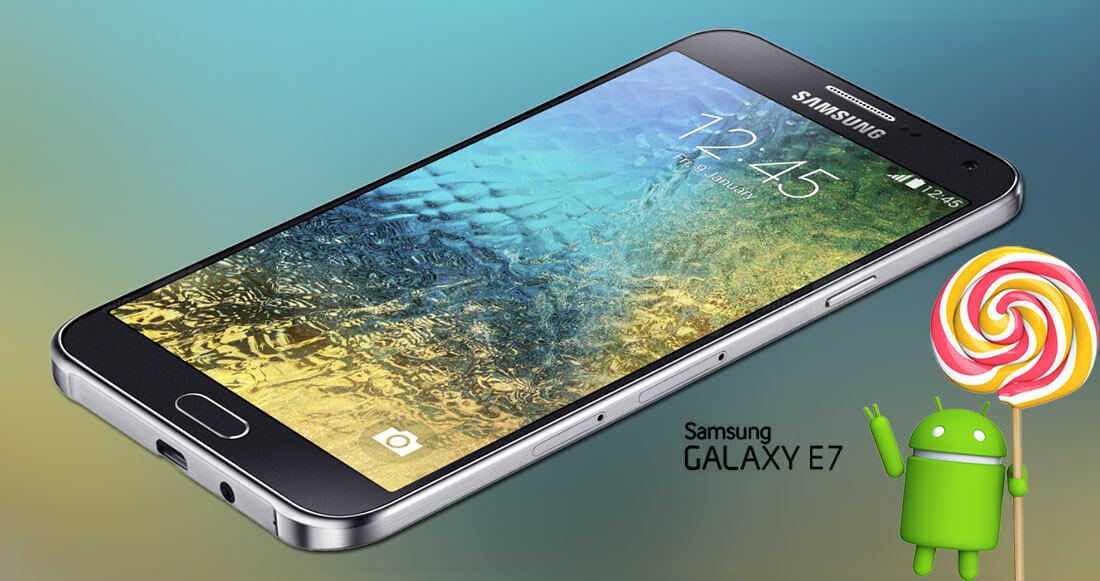 For those who are not using this handset, the Samsung Galaxy E7 comes with a Super AMOLED Capacitive touchscreen, 5.5-inch display with a resolution of 720 x 1280 pixels and a 267ppi. The device is powered by Qualcomm’s (MSM8916) Snapdragon 410 and a Quad-core 1.2 GHz Cortex-A53 CPU. It also comes with 2GB of RAM and 16GB of internal storage, which is expandable up to 64GB using a microSD card.

On the camera front, the device has a rear 13MP one with LED Flash and a selfie-dedicated 5MP front camera. For the pickiest photographers, the camera carries such features as Geo-tagging, touch focus, face detection, panorama and so on.

Did you get your update yet? Let us know in the comments below!