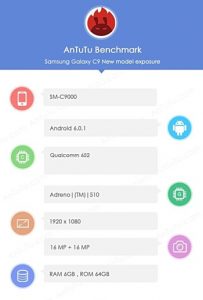 Samsung Galaxy C9 Specifications and Features: The Samsung Galaxy C9 sports a 5.7-inch or 6-inches Full HD (1920 X 1080) display according to the import data revealed on Zauba. It is powered by the Qualcomm Snapdragon 652 SoC coupled with 6GB RAM and 64GB internal storage with an option to expand the storage further more. 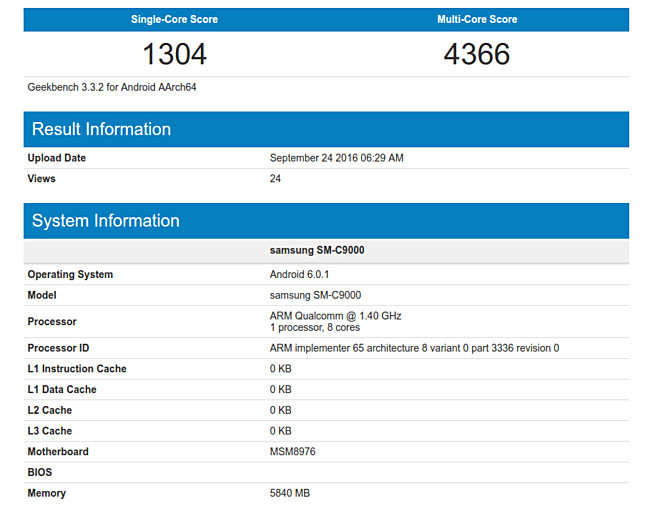 It runs on Android 6.0.1 Marshmallow with TouchWiZ U.I on top. In the camera department, the device features a 16-megapixel rear camera with LED flash and on the front, there is the same 16-megapixel camera for selfies and video calls. It might pack a Fingerprint sensor for extra security. Connectivity features include 4G LTE, Dual SIM, WiFi 802.11b/g/n, Bluetooth 4.2, and GPS.

If rumors are to be believed, the company might launch the Galaxy C9 in October or November. Stay tuned for more updates.