Samsung has launched its latest offering, Samsung Galaxy C9 Pro in India. The smartphone is priced at Rs. 36,900 and will go on sale in mid-February. However, the pre-bookings will begin on January 27, 2017. And those who pre-order the device will get a one-time screen replacement offer for the first 12 months. It was announced in Bhubneshwar. 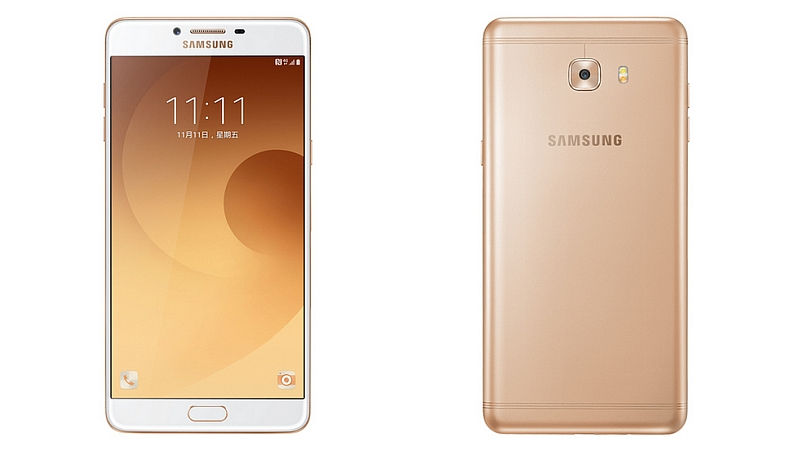 Samsung Galaxy C9 Pro will come in two color variants of black and gold. The smartphone was first launched in China last year. It’s the first Samsung smartphone to feature 6GB of RAM.

As for other specifications are concerned, Galaxy C9 Pro sports a 6.0-inch, 1920×1080 Super AMOLED display powered by Qualcomm Snapdragon 653 chipset. Internal storage of C9 Pro stands at 64 GB with expandable capabilities of up to 256 Gigabyte. It runs Android Marshmallow v6.0 out of the box which isn’t surprising for a phone launched in 2016. Camera department of the smartphone comprises of two 16 MP units, one on the back and one on the front.

Other specifications include stereo speakers, dual SIM, USB-C, and a 4000mAh battery.

Aditya Babbar, Deputy General Manager, Mobile Business, Samsung India said, “India is one of the fastest growing smartphone markets. Consumer trends indicate that more users prefer larger screen smartphones. With the introduction of the Galaxy C9 Pro, we continue our commitment to offer our customers the very best of features and technology.”

For those who don’t know, Samsung Galaxy C9 Pro was launched in October 2016 in China. The handset features an all metallic design with a very slim waist line. It measures 162.9 x 80.7 x 6.9 mm and weighs 189 grams. With a decent amount of success in China, Samsung eyes big gains in the Indian market with this offering. Samsung hasn’t signed any exclusive deal with any online retailer, so we can find the same on both online and offline channels.

Do let us know what you make of this latest product by Samsung in the comments section below.