Samsung has launched yet another “Pro” device in India, the Samsung Galaxy C7 Pro. Just to remind, the same smartphone was first launched in China in January earlier this year. Samsung Galaxy C7 Pro joins the Galaxy A9 Pro and C9 Pro in the upper midrange segment. It will be available on Amazon exclusively starting April 11 for Rs. 27,990. 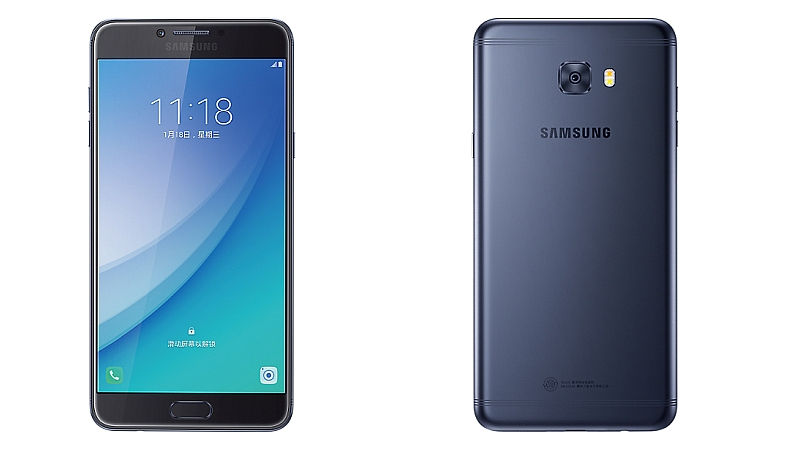 First up, the Galaxy C7 Pro features a similar design to C9 Pro already available in the country for Rs. 36,900. It’s a dual-sim offering with a hybrid solution for the memory card. The C7 Pro sports a 5.7-Inch Full HD Super AMOLED display compared to 6-Inch diagonal on the C9 Pro. It is powered by a less capable but efficient Qualcomm Snapdragon 625 SoC with 4 Gigs of RAM. There is 64 GB of internal storage, which can be further expanded up to 256 Gigabyte. The handset boots Android 6.0.1 Marshmallow with TouchWiz UI on top.

Coming to the camera department, the Samsung Galaxy C7 Pro comprises of a 16-megapixel sensor on both the front and back with f/1.9 aperture. It is capable of recording Full-HD videos at 30 frames per second, sorry, no 4K shooting available here.

As for the dimensions are concerned, the smartphone measures 156.5 x 77.2 x 7mm and weighs 172 grams. Sensor wise the C9 Pro houses accelerometer, ambient light sensor, digital compass, gyroscope, and proximity sensor. It will be available in two color variants of Gold and Navy Blue.

With so many Samsung upper mid-rangers flooded in the market, the Korean giant might end up with competition within. Anyways, it will be interesting to see if the new offering can pose a threat to the likes of OnePlus 3 and alike.

Do let us know what you think of the yet another Samsung “Pro” device launch in the comments section below.