According to Sam Mobile, the Pro variants of Galaxy C5 and Galaxy C7 carry respective model numbers of SM-C5010 and SM-C7010. As of this writing, nothing is known is about the design and specifications of both the smartphones

The South Korean company is also working on Galaxy C9. The alleged handset has been spotted on Zauba, a website from India that maintains a database of imports and exports. Speculations are rife that the Samsung Galaxy C9 will either release in October or November.

The Galaxy C9 that has a model number of SM-C9000 is expected to come with a 5.7-inch display that will support Full HD resolution. It is codenamed as Amy. Other sources suggest that the smartphone sports a 6-inch display.

The smartphone is expected to come with 4 GB of RAM and up to 32 GB of storage. Its main camera is rumored as 16-megapixel. The Zauba listing suggest that the Galaxy C9 has a value of Rs 17,107. However, there is no confirmation on whether it will be final price of the smartphone.

The Samsung Galaxy C5 and Galaxy C7 smartphones were only launched in China. Hence, the Galaxy C5 Pro, Galaxy C7 Pro and Galaxy C9 phablet is expected to first arrive in the Mainland. Hence, these phones are likely to appear on the TENAA certification body of China soon.

Apart from these phones, Samsung has several other smartphones up in its sleeves. The Galaxy A lineup will be soon refreshed as there are rumors that the South Korean company is working Galaxy A3 (2017), Galaxy A5 (2017), Galaxy A7 (2017) and Galaxy A8 (2017). 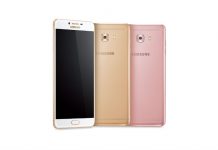 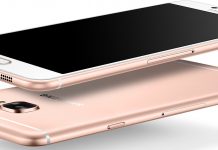