MobiPicker
News Samsung Galaxy A8 wins FCC American certification
Share on Facebook
Tweet on Twitter
Deal Alert: 49% Off on ExpressVPN
Touted as #1 VPN in the world, ExpressVPN is now offering 49% off & an additional 3-months of service on its annual plans.

The Samsung Galaxy A8, is on a winning spree and it has left the competition high and dry. It has added another feather to its cap by getting certified for FCC – the American body for standards. No doubt it is the top of the line model in the A-series and previously it was awarded the Chinese regulator TENNA certification which we covered in the earlier post and is a news worth catching up. 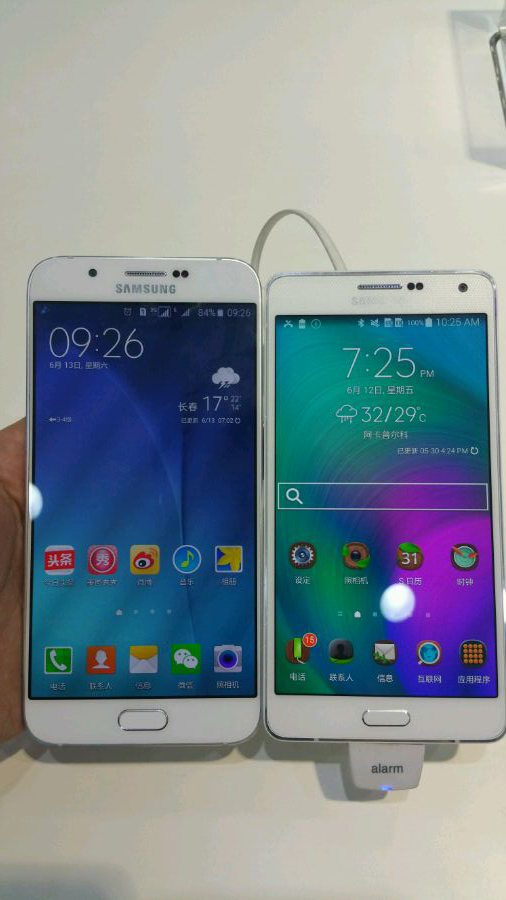 TENNA the Chinese counterpart confirmed the smartphone specifications whereas the FCC entry reveals the handset’s SAR values which is all about radiations and how it affects the consumers. If you are detail specific or technically inclined then we have good news for you in terms of a 260 pages of technical manual which is freely available on the FCC website.

We are all aware about the specifications of Samsung Galaxy A8; it sports a mega 5.7-inch Full HD AMOLED screen and comes with a fingerprint sensor on the likes of APPLE smartphone. It is powered by Snapdragon 615, paired with a 2GB of RAM and 16GB on board storage.

It will not be a overkill to confess that it looks Samsung’s thinnest smartphone to date looks like a Samsung Galaxy S6 on steroid. Its dimensions are worth catching up ; a 158 × 76.77 × 5.94 mm and it weighs only 142gm. As far as the battery is concerned it packs a 3,050mAh powerhouse promising decent performance and long hours of engaging experience. Snappers are 16MP primary and 5MP frontal. No doubt Samsung Galaxy A8 has added both of the certifications to its kitty and the official release date is very close so keep guessing and keep your expectations high.