A couple of hours ago we brought the leaked images of Samsung Galaxy A8, which is said to be thinnest phone of the company till date. Now the smartphone is spotted at Zauba -an India import tracking website, which confirms that a total 75 sample units of the Galaxy A8 carrying model number SM-A800F with 5.7 inch display have arrived in India for the testing purpose. The entry at Zauba cites Rs. 16,349 ($255) per unit, which is normally half of the actual price as noticed in earlier entries.

According to rumored specs, the metal-made Galaxy A8 measuring 5.9mm thickness will be the thinnest smartphone ever made by Samsung and will be powered by an octa-core Snapdragon 615 chipset, coupled with 2GB of RAM. It will come with 16GB expandable storage, 16MP primary camera, 5MP selfie snapper, a 3,050mAh battery, and Android 5.1.1 Lollipop. 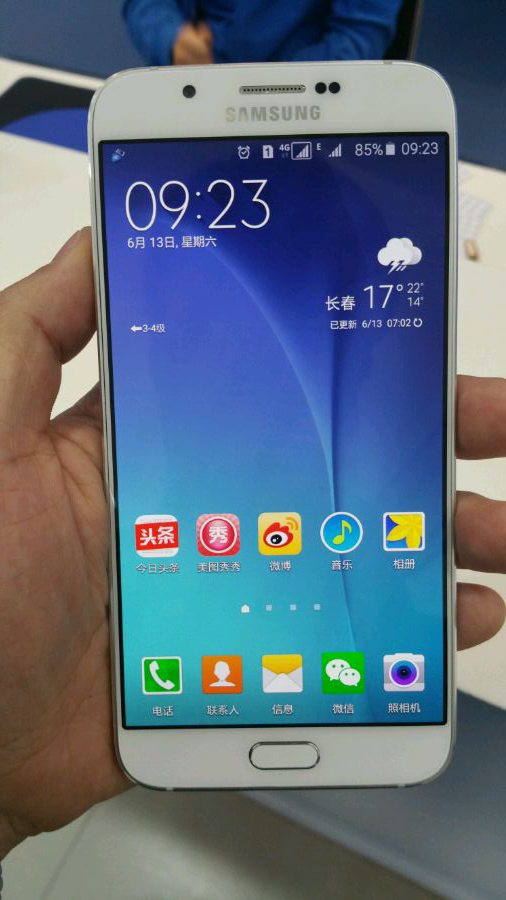