MobiPicker
News Samsung Galaxy A7 announced officially; slimmest phone with metal unibody
Share on Facebook
Tweet on Twitter
Deal Alert: 49% Off on ExpressVPN
Touted as #1 VPN in the world, ExpressVPN is now offering 49% off & an additional 3-months of service on its annual plans.

Samsung Galaxy A7 is now ultimately official. The metal-clad smartphone with optional double-SIM functionality will soon be offered by the end of Q1 this year in two chipset settings. 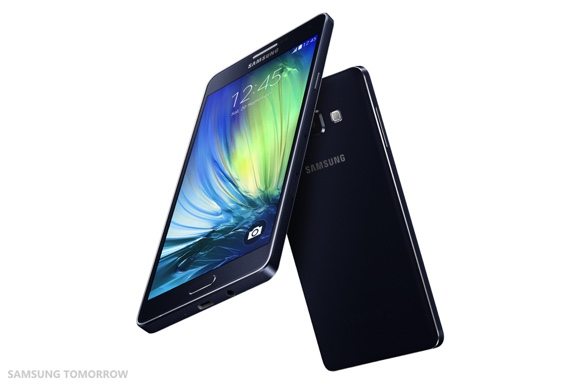 The dimensions of Samsung Galaxy A7 are 151 x 76.2 x 6.3 mm and weigh at 141 gm. A 2,600mAh battery placed to powers the apparatus. The handset is the slimmest offering with metal unibody to date.

Samsung Galaxy A7 will soon be obtainable in gold, white, or dark blue color schemes. The Samsung promises to assures a “competitive price point” for these devices.