MobiPicker
News Samsung Galaxy A5 (2016) Will Come With 720p Display
Share on Facebook
Tweet on Twitter
Deal Alert: 49% Off on ExpressVPN
Touted as #1 VPN in the world, ExpressVPN is now offering 49% off & an additional 3-months of service on its annual plans.

As we already know, Samsung is rebooting its Galaxy A series and is bringing a refreshed design and some new features to the A-lineup of smartphones. Until now, the 2016 variants of the Galaxy A3, A5, A7, A8, and A9 have been leaked and we have seen the metal-and-glass 2016 avatars of some of these phones.

And today, a newly leaked user agent profile reveals the screen resolution of the Samsung Galaxy A5 (2016). According to the leaked information, the refreshed A5 will flaunt a 720p display, which is the same as the current Galaxy A5. 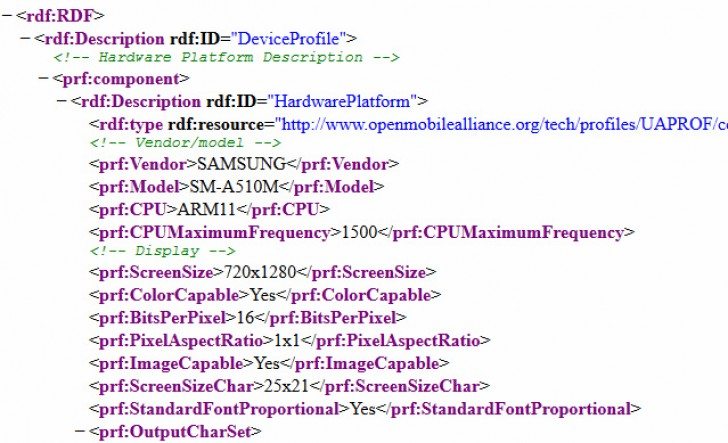 Nothing else is revealed by the user agent profile, but if previous rumors are anything to go by, then the new Galaxy A5 will get a 5 to 5.2-inch screen. Also, the phone might get an octa-core Exynos chipset under its hood with 2GB RAM and 16GB internal storage.

The new A5 should come with a 13MP primary camera and a 5MP front shooter. The battery should be a 2,900mAh unit as per the FCC records. The phone will most likely run Android 5.1 Lollipop and will get a full metal (or metal & glass) body.