While Apple’s 2017 iPhone is very much a part of gossips these days in the smartphone party, the Samsung Galaxy S8 is also being talked about a lot. Rumors around the S8 have become regular after the failure of the ill-fated Galaxy Note 7, and some unofficial renders have already made their way to the internet. Today, we’ll talk about one of the renders that could possibly be similar to the official design of the Galaxy S8.

Have a look at the image below: 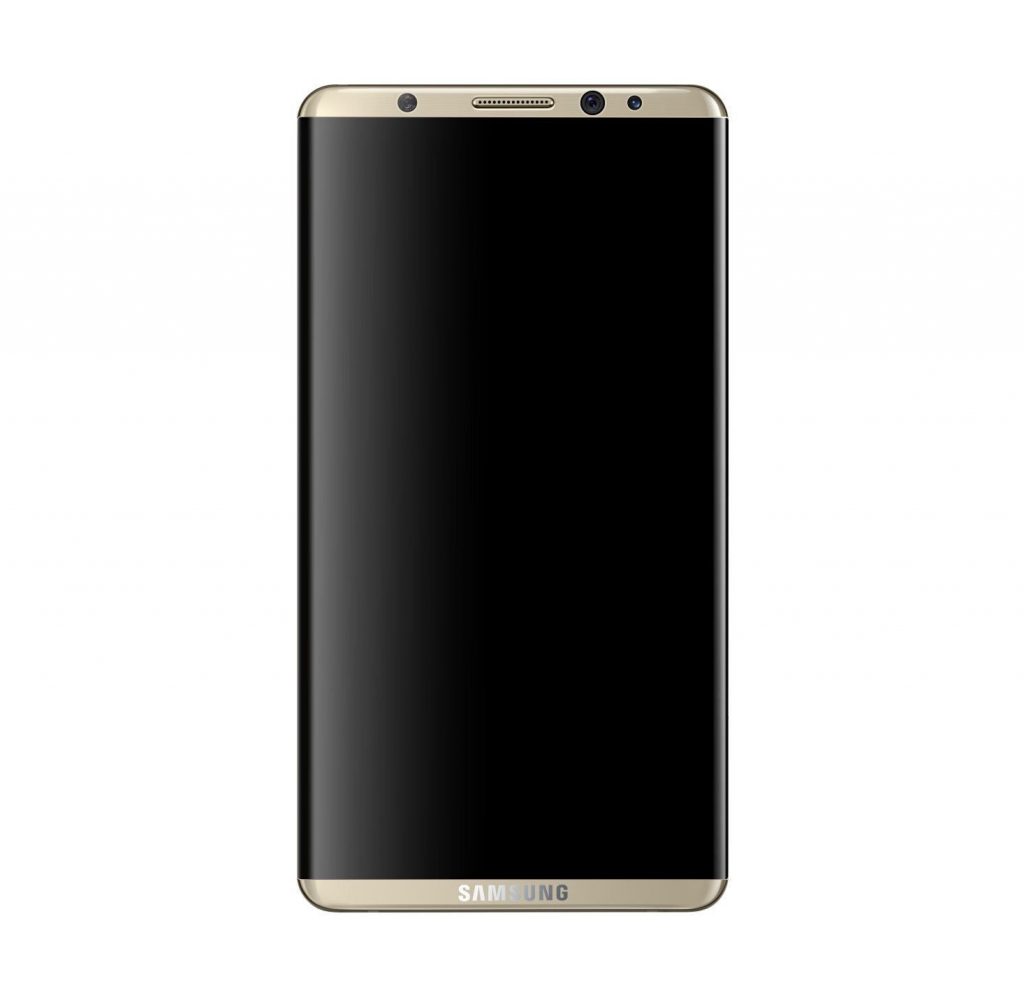 The above render was doing rounds on the internet a few days back and gained a lot of attention for its bezel-less display and ultra-futuristic look, something like the Xiaomi Mi MIX but in a more premium packaging. The Samsung logo is etched out in Silver on the thin bottom chin of the device, and the upper chin has got the earpiece, front camera, proximity sensor, and probably an iris scanner. The rest of the front of the device is covered in a curved display without any bezels surrounding it on either left or right sides.

But we can’t take every other render seriously, can we? Well, we might have to get a bit serious about this render, as it might be similar to the actual Galaxy S8 design that Samsung is working with. An alleged Samsung employee “Jason” wrote a comment on Weibo about the aforementioned render, and he said,”Why I think this is rendered very nice ……”. 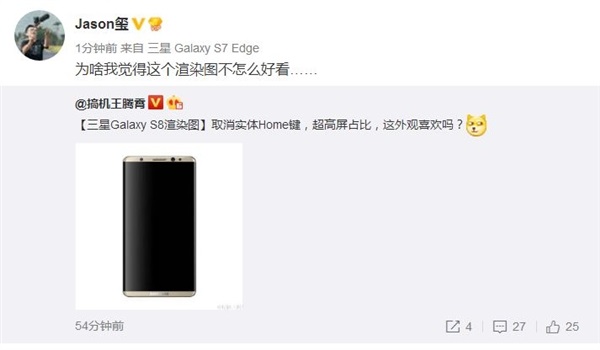 This statement suggests that the employee has already seen the official working design of the Samsung Galaxy S8, so we could very well be looking at a render that is more or less similar to the official design in some way.

Of course, we could be wrong, and this could be just another baseless rumor (or guess). But anything related to the next Samsung flagship demands some attention, doesn’t it? Only time (and further leaks) will tell whether or not the Galaxy S8 has got similar design traits like the phone seen in the above render.