2016 was an exciting year for gamers and video games alike. We have some highly anticipated titles coming this year. However, get ready for the ultimate bombshell to drop. Volition took everyone by surprise when they revealed the cancelled PSP game Saints Row Undercover. They had a stream where they showed off new tricks. Volition finished it off by giving away the ISO for everyone to play with. All this juicy unreleased Saints Row goodness has definitely filled the void left after Gat Out of Hell released. Now we have some ripe speculation regarding Saints Row 5 which we want to share with you regarding the Saints Row 5 release date.

We highly doubt that Deep Silver which is owned by Koch Media would pay over $22 million to buy the series just to have one game and one standalone expansion made. After all, before they succumbed to bankruptcy, THQ was reliant on Saints Row to save the company.

That didn’t work but the marketing helped the series immensely. Deepsilver would not buy out that cow just to milk it once. But yes, it’s highly likely that there will be a Saints Row 5 release date, however, it will be a reboot. In co-relation to head writer of the Saints Row franchise leaving and how open ended the conclusion of Gat Out of Hell is, it really leaves us thinking that this is a good time to reboot the series with another timeline.

It’s impossible to predict what will happen next. If the team decided to continue the series in its current state we might have a Red Faction spiritual successor at our hands dressed up as a Saints Row game. However, we’re yearning for a return of the more grounded chaos present in the previous Saints Row games. We also don’t want to see a homogeneous little game that will always be seen as Grand Theft Auto’s crazy little brother. 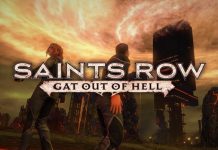 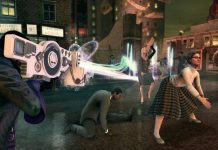 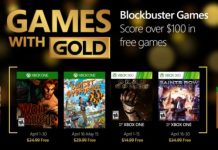