AMD recently launched RX 480, a solid card that doesn’t cost too much. But they are pretty quiet about rumored RX 490, a high-end card that should compete with GTX 1080. There isn’t much information about it, but still, we managed to find some info and share it with you. Aside from RX 490, you’ll see some details about RX 470 and RX 460.

IT seems that AMD plans to release its most powerful card from 400 series. RX 490 was spotted on an AMD We’re in the Game promo page, where it was listed alongside other models. The page has been removed, but we have one picture proving that RX 490 is real.

Since we already know that Polaris 10 won’t have 2560 CU version, it seems that RX 490 will be based on Vega 10 architecture, which will incorporate HBM2 memory and will be built using the latest 14nm FinFet process. The card should be 4K gaming ready. No info on the release date and price can be found at the moment. 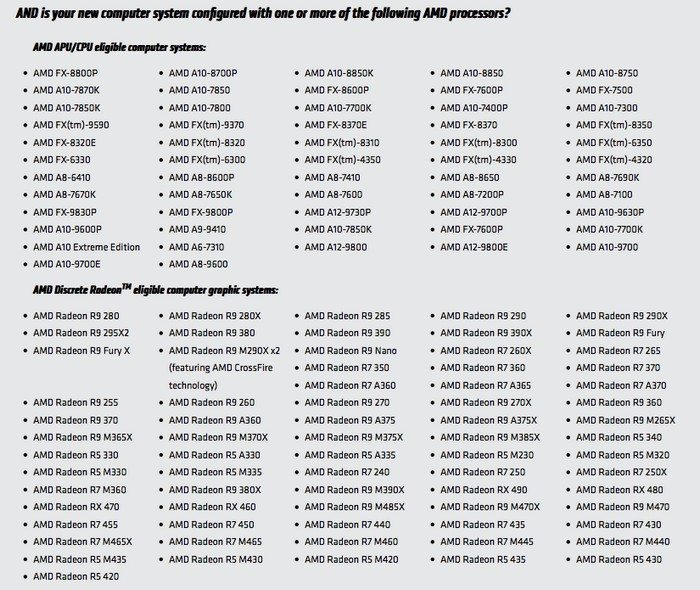 RX 470 should be priced lower than RX 480 (with a price of around $150) and it should be the ultimate choice in the below $200 price range. The card scored around 5400 points in the FireStrike Extreme benchmark, a score which is almost the same as the score RX 480 managed to achieve. The card should be available in two flavors, with 4GB or 8GB (rumor) of video memory, and with a 256-bit bus. TPD rating should be around 110W. 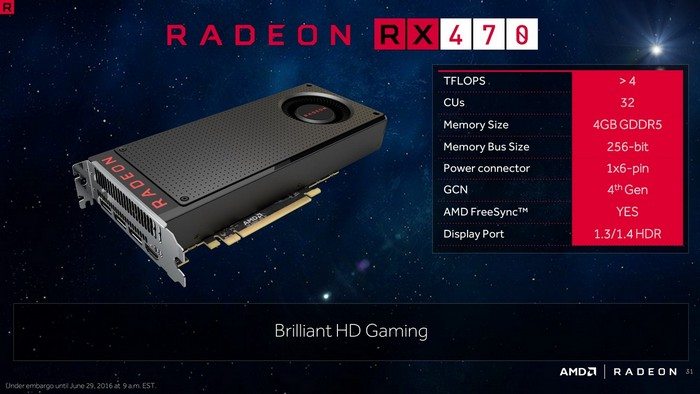 There is no info regarding the release date, but RX 470 should get released a couple of weeks after RX 480. In other words, at the end of July, or at the start of August. The card should be based on Polaris 10 architecture, sporting a chip in which some cores are turned off; RX 470 should have 2048 Stream Processors, RX 480 comes with 2304 Processors. 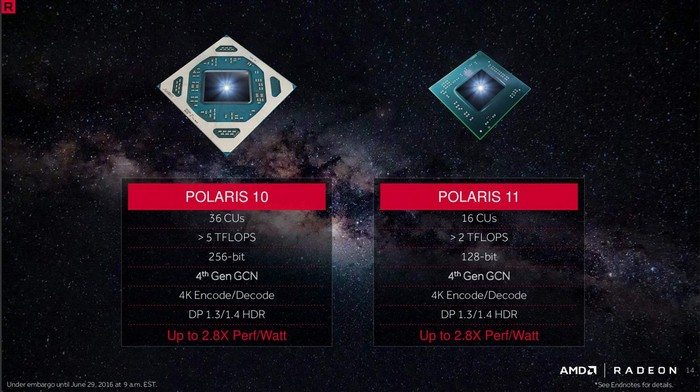 RX 460 should be a low-end solution, a card that should give you enough performance in most titles running at 1080p resolution. It should come in two versions, 2GB and 4GB (4GB version isn’t confirmed yet) of video memory, is based on Polaris 11 architecture and its price should be somewhere around $100. 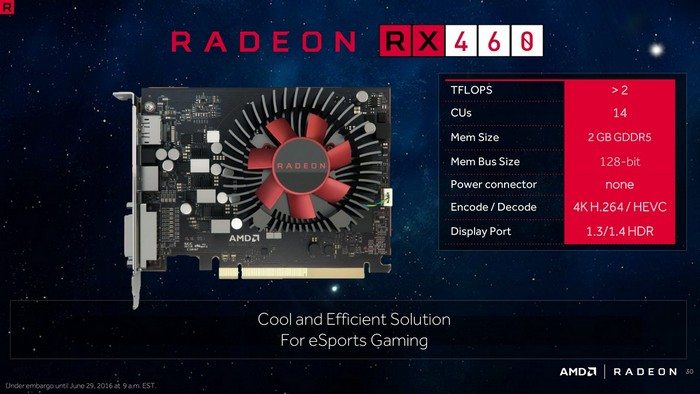