Micromax – the renown manufacturer of smartphones for the Indian’s market and its subsidiary – YU Televentures Ltd., has uploaded some intriguing teasers hinting the premiere of a new handset on the next Monday.

It didn’t come with as a surprise, however. For just a few days ago, YU has tweeted: “Your prayers shall be answered…”, and then a side-bonus with a graphical poster of a mysterious phone which has a line written underneath: “The God Shall Return.” The picture was captured from the edge of the phone, which, considerably look alike to the Yureka – which was abandoned after the Yuphoria was release. 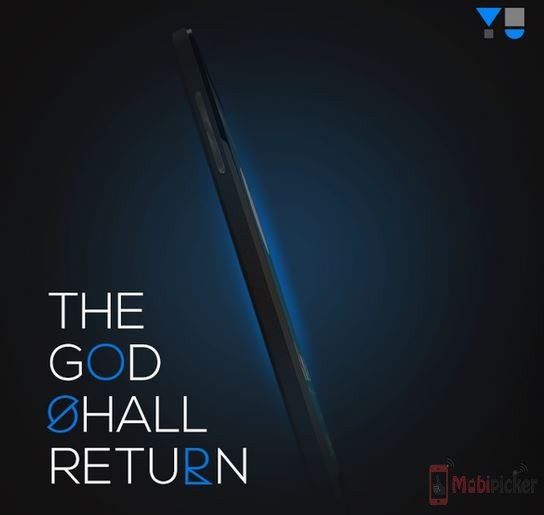 So from there, many people, including us has been attracted to the thought that YU might have actually considering to re-launch the Yureka and now it appears that we were right. But after watching the recent teasers from the company, it is also confirmed that the phone is coming with improvements or modifications, which will be officially revealed on July 20th.

On Twitter, Rahul Sharma – the CEO of YU has publicized two short puzzled clips with the title of ‘The YU Experiment’. Both the videos are essentially montage of a torture experiment, conducting as the new smartphone in the role of the test subject. The first video, the phone was thrown into a mixer grinder and was grinded into ash and dust. For the second one, it was chucked into the ground without mercy.

Let’s have a look on both the teasers

Watching the video, the speed of the blades in the grinder is raised gradually until nothing was left but a fresh pastry of technology. On some few last seconds, the video asks the viewers: “STAY TUNED FOR 20-07-2015”, and of course, hashtag YuGuessWhat (#YuGuessWhat).

Examining closer into the video, we can made out the outlines of the late Yureka and the position of the camera on the phone is also a match to the phablet.

The Second Video
Only 25-seconds long, the phone was dropped from a table, flied across the floor and tossed down the stairs. Technically, it’s a demo for the new smartphone’s endurance and strength and the outro for the movie is the same as the first video.

And through that, we will come to the immediate conclusion that this phone will be strengthened to withstand harsh environments with a firm, solid back made from an unknown material and a screen’s protector that can stand against droplets. But it is not yet to be known whether it will survive underwater, but rest assured, because Yu has challenged the world, it would just be a matter of time before someone post a thorough torture test on the phone themselves on YouTube.

Do tell us what you think or what thought you have after reading, we’d love to know!