With the recent Oculus Rift release and the sudden surge for the development of both hardware and software to adapt itself to the new technology, games are a part of it all that have experienced tremendous turbulence. Amid it, a new company with big dreams named The Rouge Initiative, sprung up aided by the company of a few veterans in the line. Peter Blumel, an erstwhile producer at Call Of Duty, is the chief production officer is Cathy Twig, who has worked for Dreamworks and has been associated with projects such as Kung Fu Panda and Madagascar. 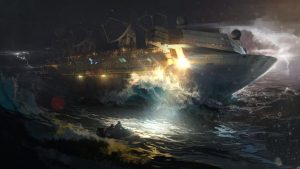 The company aims at bringing VR-enabled technology not only to the world of video games, but also to cinema and TV. This is a promising venture because it makes their work cross-platform, meaning that would be able to compliment each other on each of these platforms (example, by following up an action movie with a video game on it). Peter Blumel told in a press release to GamesBeat that the prospect of working together with visual artists from Hollywood (being a game developer himself) is quite exciting, as the results they can achieve with said collaboration can be awesome.

They are currently working on the production of Unreal Engine 4 that should be released in the not to far future. The Rouge Initiative also plans to come up with work aimed at Oculus Rift, HTC Vive, the PlayStation VR, Samsung GearVR, and even Hulu and Netflix. At present, the are funded by an investment by Presence Capital, an investor focused on VR development.