Just a day ago, the Xcover lineup was revived by the Samsung using a brand new smartphone – the Xcover 3. Additionally, there are rumors of an upcoming rugged Galaxy S6 Active, at the same time, therefore the Korean giant is apparently paying a lot focus to the robust phones.

Today, one more sturdy apparatus surfaced online. According to an anonymous tipster to GSMArena, the Korean giant working on one more rugged device, dubbed Samsung B550 Xcover 3. 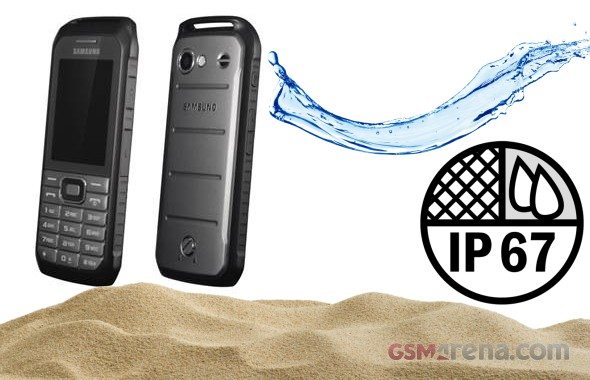 Rumored specs suggest that phone will sport a 2.4 inch QVGA display with a resolution of 240 x 320 pixels and is powered by a SC7703A chipset. The phone packs 128MB of RAM, 128MB storage (expandable via microSD), 3MP main camera, FM Radio, Bluetooth and 1,300 mAh battery.

Interestingly, the new feature phone comes with IP67 certification, which means it is certified for dust and water resistance.