Rob Kardashian and Blac Chyna reunion was a major disaster as the couple continued to fight. Yet again their family drama was the center of attraction at Disneyland. Incidentally, the reality star is trying hard to win the heart of the mother of his daughter by showering her with expensive gifts. But it does not seem to be working. Check out details!

According to Hollywood Life, Rob is trying very hard to entice Chyna but it is not working. The source says that it is like a one way street for the Kardashian boy. The 30-year-old sock designer is even now crazy about his baby’s mama. Chyna, on the other hand, is rumored to be just playing around with her ex-fiancée.

An insider of Kardashian family said that Rob is even now under the influence of Blac and he wants them to reunite once again. And although he does love his ex-girlfriend, it is more because he loves his daughter too much and does not want to drag her into the dirty custody battle.

The “Keeping Up With The Kardashians” star is so much bestowed with his daughter Dream that he keeps on sharing regular pictures of the little one on his social media account. The source says that Rob is still very much in love with the ex-girlfriend of Tyga but Blac is being manipulative with him.

One time she is very warm and fuzzy towards him having sleepovers and so on and the next day she is ice cold. Since the mother-of-Cairo loves expensive gifts Rob gifted her $200K purple-colored customized Lamborghini sometime ago. Even then, it does not seem Rob Kardashian and Blac Chyna reunion will work out.

The separated couple united on Father’s Day for an outing at Disneyland. But even there, both Rob and Blac could not stop snapping at each other and were constantly bickering, says Pop culture. The model also made a fuss of dress code at Club 33 restaurant of Disney.

The club does not allow cut-offs and Flip Flops but Chyna walked into the restaurant wearing short cut-offs thereby irritating the staffers and the diners around. Despite all the efforts to pacify and win over his ex-girlfriend from the reality star, the Rob Kardashian and Blac Chyna relationship is not working at all. 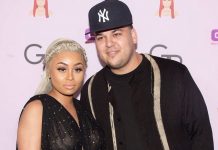 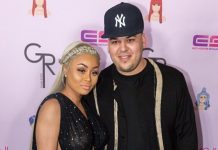 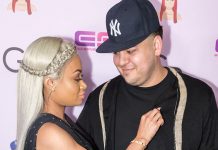