Intel’s forthcoming PC or desktop processors – the Kaby Lake’s roadmap had been leaked by one of the prominent source, Beach life. Many details regarding the chipset have been leaked in the roadmap such as the Kaby Lake-S, a desktop based processor, and the smaller variant has been scheduled for Q4 2016 launch. Along with the Lake-S, the 200 series chipset will also be launched which includes the latest 14nm architecture with increased efficiency and power. 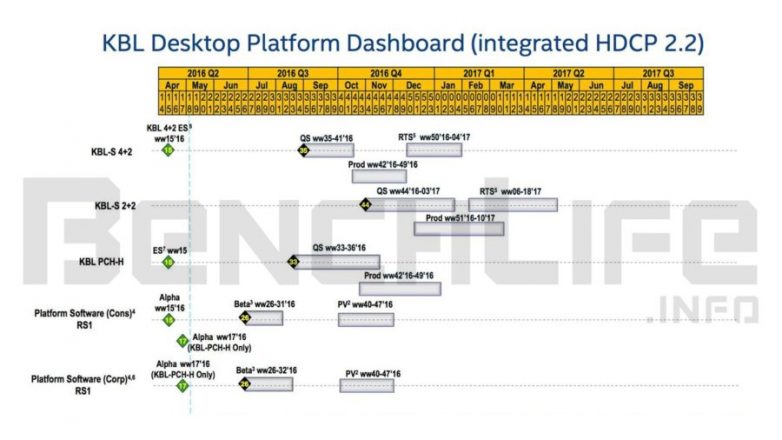 Another chipset series with name Kaby Lake 200 PCH have also shown in the roadmap. This chipset will also hit the market in Q4 2016. That being said and done, the Kaby Lake Desktop processors will straightly go against the AMD processors as both the chipset are boasted of a 14nm manufacturing process.

Are you excited about the upcoming processors from Intel?  Lets us know your thoughts in comments section below.