Rihanna, who is presently working in the upcoming movies, ‘Valerian and the City of a Thousand Planets’ and ‘Ocean’s Eight,’ reveals to the media that she has ambitions to win an Oscar. In a very recent interview with a British newspaper, the eight Grammy Awards winner said that she would not mind adding the prestigious Oscar award to the list of her brilliant achievements.

The 29-year old Rihanna, who is also popularly known as RiRi and Barbadian singer, opined that she dreams to pick up a prestigious Academy Award while she continues her career even in the world of acting.

“I’d love to get there one day. Who doesn’t want to be told they are doing a great job? Any validation that your work is impacting is rewarding. I work hard and put my all into everything I do but the rest isn’t up to me,” Rihanna said to The Sun.

The ‘Good Girl Gone Bad’ singer further added that she doesn’t think anyone keeps his/her eye fixed on Grammy while making an album, or on Oscar while working on a movie. She then sent a suggesting note to all the singers and directors that everyone needs to work as hard as possible so that the awards follow.

Rihanna didn’t stop here. While commenting on her ongoing roles on ‘Ocean’s Eight’ and ‘Valerian and the City of a Thousand Planets,’ she opined that she does what suits best for her and (for her) role and she prefers to do something dark and different to challenge herself.

Apart from sharing her thoughts on winning Oscar, she also talked about her ‘best pal’ Cara Delevingne, who is presently working as her co-star in upcoming ‘Valerian’ movie. ‘Myself and Cara are incredibly close,’ Rihanna said who is frequently seen with Cara stumbling out of clubs together and posing for selfies. 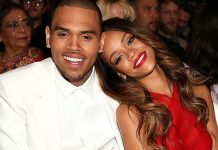 Chris Brown’s A Changed Man, Rihanna Giving Him A Second Chance? Drake And Rihanna Avoiding Each Other 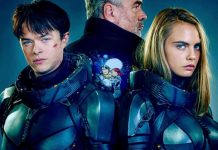