Resident Evil has been one of the successful movie and game in the horror genre. A year after the Resident Evil HD Remaster got gamers on their toes, the prequel Resident Evil 0 HD has dropped. The prequel (from the review copy available) is not as tensed as the former but it is enough to keep you busy. 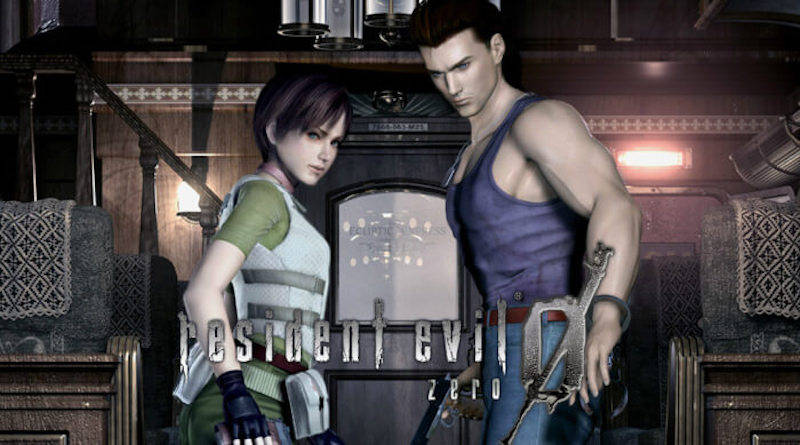 Resident Evil 0 HD thrill begins from the very start; summer vacation home is replaced with a train, a bunch of naive teens is substituted with special operatives and a serial killer with a slew of zombies. The whole scenario dates back to when horror didn’t take the emotions too seriously.

The low vibe extends to the design of the levels as well. Unlike its predecessor, it is rare to have yourself cornered by a horde of zombies.Instead, interactions are limited to just a few enemies on screen at best. The designers for whatever reason decided to cut down the number of ammo and weapon you can carry. The game feels watered down compared to Resident Evil 4 or its spiritual successor, The Evil Within. Horror fanatics may not find it so impressive when they make comparisons with the approach while first-timers will be having a whole new experience, so what’s the fuzz?

Another let down (or so it may seem) is the game moving in the first person when opening a door or ascending or descending a flight of stairs. Also, the save system requires you to find typewriters and ribbons to record your progress. Bringing back the old ways is something that will surely give gamers a moment or two to ponder and appreciate the good old days.

One area Resident Evil 0 HD is generous in is the number of characters at your disposal. You control Rebecca Chambers a field medic and special operative and Billy Coen, an ex-marine and convict on the run. Both characters have unique strengths and weaknesses. Rebecca can combine items such as herbs to make potent additions to your arsenal but she has a lower defense, while Billy can take more damage but can’t craft items. From time to time, you’ll switch between them (just like the experience with Dino Crisis 2), useful for solving the game’s many intricate puzzles.

Doubling the character count also doubles your inventory. Much like Resident Evil HD Remaster, your survival depends on how well you can put your abilities and ammo to use but the limited ammo also means you don’t have to fight every zombie you see. What you can carry is as limited as ever but the ability to swap guns and typewriter ribbons (a necessity to save your progress) between Rebecca and Billy makes all the difference. Character switching was a great concept when the game was first released and it’s still just as solid this time around. It makes us wonder why more horror games have not adopted such a feature already.

Like all the Resident Evil franchise, backtracking is one thing you will not escape in Resident Evil 0 HD. You’ll find yourself revisiting old locales ever so often. It never feels monotonous, thanks to the fantastic amount of detail put into the game’s backdrops. Small things like broken bottles and messy suitcases go a long way in making the game intense.

The controls have received a much needed modern day overhaul. You could play it with the traditional “tank” controls of the series – something that was dropped completely from Resident Evil 6. This control scheme allowed you to either move, or turn – something that was necessitated with a fixed camera system that changed perspectives because of character movement. This means that you have to stop moving before you can turn and then continue moving.

Resident Evil 0 HD received a visual overhaul. From the shambling undead to blood splattered walls, every single inch of the game has been jacked up. Safe to say it looks like one of the better remasters this generation. Although it’s a treat to look at for the most part, the cut-scenes-videos created using in-game assets looks just like it was on the GameCube- the console on which it originally released. It sticks out as a sore thumb compared to the rest of the game.

Resident Evil 0 HD clocks in about 10 to 12 hours but gives you a reason to come back with Wesker mode. Upon completing it the first time you can play as series villain Wesker, pummeling your way through most monsters in your path. A nice way to add some replay-ability. If you have played a Resident Evil game before or are a complete newbie to the series, there’s enough of a reason for you to check Resident Evil 0 HD out. It’s a good starting point for newcomers while managing to retain a host of systems and conventions to keep old-timers satiated. Resident Evil 0 HD is available on the PC, PS4 and Xbox One.