While most phone manufacturers seem to be moving forward with technology, Lenovo is planting its foot firmly with the Moto Z2 Force. The latest leak revealed that the phone will still retain the trusty 3.5mm headphone jack; something that most tech companies are trying to get rid of. 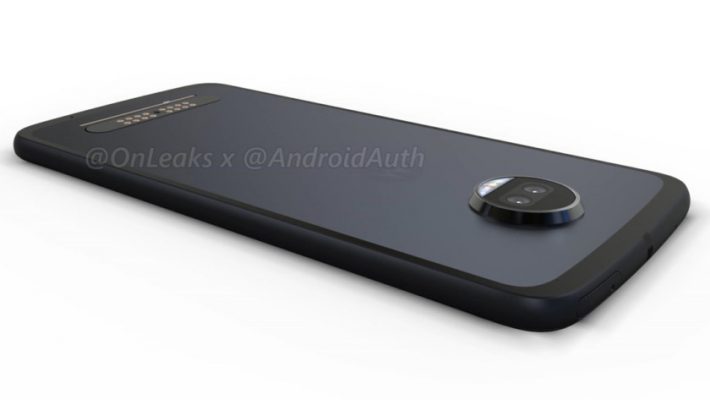 Last weekend, known leaker Evan Blass let slip that the upcoming Moto Z2 Force will no longer be exclusive to Verizon. Instead, he hinted that T-Mobile might be the one who will carry the phone.

The Moto Z2 Force won’t be a Verizon exclusive this time around; T-Mobile will carry it, for instance. pic.twitter.com/alTiGTer1Z

Prior to this revelation, Slashleaks managed to post some render images of the said mobile phone. From the images leaked last week, one can see that the phone will get a few bumps on hardware including a dual rear camera. Now, it seems that Onleaks did not want to be left out and released its own version of renders for the Moto Z2 Force.

In the short YouTube video below, one can see exactly how thin the phone will be. According to reports, the phone will be slightly thinner than its predecessor; only coming at 0.24 inches versus the first version’s 0.28.

Another thing worth mentioning about the render video is the prominent camera bump at the back. This in addition to the very obvious 3.5mm headphone jack at the bottom of the phone.

Although the specs of the Moto Z2 Force are still a bit of mystery, one can only surmise that Lenovo will spare nothing when it comes to performance. Just like its predecessor, the Z2 Force will have the latest Snapdragon chip from Qualcomm; right now it pertains to the Snapdragon 835. The display will be the same 5.5-inch panel just like to the first iteration of the phone.

Unfortunately, even with all these leaks and information, the one thing that cannot be confirmed is the official launch date of the phone. However, fans can expect the Moto Z2 Force sometime in the second half of 2017, just like most of the Snapdragon 835-based phones coming out this year.