Reliance Jio 4G SIM is something all mobile users in India want as of now. With demand greatly exceeding supply, some Reliance 4G SIM outlets have begun to restrict the number of SIMs sold per day to as less as 10. People are waiting in long queues everyday just to get their hands on Jio 4G SIM. Although the initial hype and charm have steadily declined, Jio 4G still continues to be the most sought after SIM in India right now.

Reliance 4G SIM can be used on 4G compatible phones. Most of the popular smartphone brands are eligible for Reliance 4G SIM today, including Karbonn, Lava, Gionee, and Xolo. Before you buy a Jio 4G SIM, it’s good to be aware of several issues that you are likely to face. Here’s the six issues which users have already faced –

It’s not that easy to get a Reliance Jio 4G SIM. Long wait times have become the norm, with demand greatly exceeding supply. One of the ways to get the SIM faster is to visit a store that has Aadhar-based registration and activation. But the very fact that registration process requires Aadhar card is causing delays in acquiring the SIM. To make things worse, the Aadhar-based registration and activation is available only in Mumbai and Delhi, although Reliance is planning on extending it to other places. At several stores, customers are being given a token number. When your token number arrives after a long wait – usually several days – you need to visit the store again to get the SIM. Once you get the SIM, the activation isn’t going to be instantaneous. You’ll have to wait another few days before it gets activated. All these issues are already leaving many customers frustrated.

You can obviously create a hotspot with the amazing internet speeds that Jio 4G offers. Unfortunately, the speed on hotspot isn’t that great. Even reliability is a question mark. The network offers speeds up to 20Mbps but the moment you start browsing and download, speed drops to 2Mbps. Users have noticed better speeds on torrents, but not much on YouTube. Hotspot speed issues have been there for quite some time now. It remains to be seen when Reliance Jio will fix these issues.

When you are standing still and not moving around much, 4G speeds are good and very much stable. But the moment you start to move at reasonable speeds, the connection becomes highly unstable. From 20Mbps at one moment to downright 2Mbps the very next moment – users have experienced speed drops in ways you cannot imagine. Similar speed drops are often seen on Airtel, Vodafone and Idea networks. Although this issue is not unique to Reliance 4G Jio, it does help to know that you shouldn’t expect highly stable connection with Jio 4G.

Jio SIM is technically supposed to work on all 4G phones. It looks like it doesn’t. Users have found that if the phone is older than a year, the Jio 4G SIM simply does not work at all. One reason could be that since the phone is old, it could be missing software support for India’s LTE networks. The other equally likely cause could be that the phone doesn’t have the necessary hardware support.

The start with voice calls over LTE for Reliance hasn’t been smooth. Ambani acknowledged that in the first week alone there was nearly 5 crore voice call drops, the reason being the lack of interconnect infrastructure support. Bharti Airtel, Idea Cellular and other 4G players in India have refused to provide the necessary interconnect infrastructure support, even though Reliance claims that they are obliged to do so according to the agreement.

Users have complained about speed differences when using different apps. Jio 4G provides blazing speeds on some apps while frustratingly slow speeds on others. Though the root cause isn’t known, the behavior appears to be random. For example, sometimes videos in Facebook play at blazing speeds, while YouTube videos suffer serious lag. The very next moment, YouTube videos stream at amazing speeds while Facebook videos start to lag.

Before you buy a Reliance Jio 4G SIM, brace yourselves for these issues. Don’t expect everything to work smoothly. Hiccups will continue to exist for a few more days. Until then, good luck with getting a Jio 4G SIM! 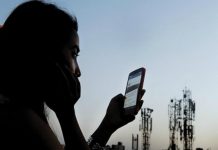