Reliance Jio 4G launch is arguably the most talked and hyped telecom event in recent years. Consumers are clubbing like anything to get on board. Although it is still in trial phase, the telecom operator is facing an unexpected delay in activating SIMs due to huge demand.

The long queues at Reliance Stores 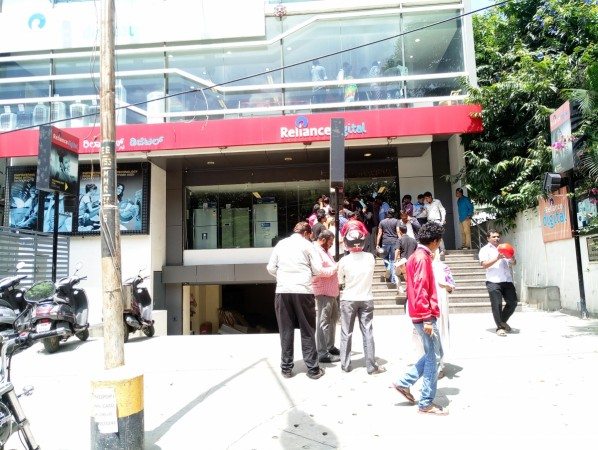 The service has opened with Jio’s Welcome Offer which provides unlimited data, calls and SMS for free until Dec. 31. Therefore, it’s not surprising witnessing long queues in front of Reliance Digital and Mini stores. The goodness doesn’t end there. After the trial period ends, users can avail 1 GB data for as low as 50 Rupees.

It’s all rosy, but only if one can get the sim activated. Right now, Reliance Jio has countless applications in the pending state. Many users have reported getting the SIM which hasn’t been activated for a week.

This doesn’t go well with the launch speech by Mukesh Ambani where he touted 15-minutes activation with the e-KYC facility.

For those who don’t know, e-KYC is a digital verification system which utilizes Aadhaar card information. Not only it speedens the process, a lot of paper work is also spared.

The main issue for the delay is the lack of e-KYC machines (used for fingerprint scanning) at stores. Currently, only Mumbai and New Delhi have the e-KYC facility, while most cities including Bengaluru, formerly Bangalore, where demand for Jio SIMs continues to prevail, are yet to get the necessary machinery.

Let’s hope Reliance buckles up and iron out the delay causing a lot of heat over the internet.

Who has got @reliancejio sim are very lucky.. They should try a lottery. .. I am waiting for activation from 20 days… ??

Why Reliance Jio 4G Sims in Reliance LYF Mobiles r activated in 12 hrs and without Mobiles r waiting for one week.@Myth_busterz @imratna_