Red Dead Redemption 2 might be one of the most anticipated rumoured games for E3 2016, which is less than a month away from now. Will it finally be revealed? Or will we have to spend another year speculating on when it might come out and what it might contain? Signs, however, point to the game getting announced soon. One particularly interesting leak in that regard pertains not just to the game, but also to another game on Take Two Interactive’s roster: Mafia 3. 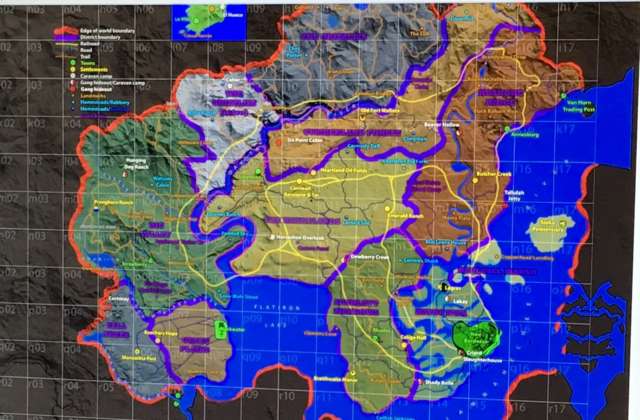 The map you can see above (click for high-res version) is rumoured to be an art direction map for the actual game: Red Dead Redemption 2. If you peer closely in the lower-right section of the map, though, you will notice an interesting element to it: the city of New Bordeaux. No such city exists in real life, but the name and location do hearken to New Orleans.

But if you’ve been following Mafia III, you’ll notice that that game is also set in a city that is an awful lot like New Orleans: New Bordeaux. This means that Mafia III and Red Dead Redemption 2 are slated to have the exact same city, and therefore, they are being set in the same universe. Could this hint towards a larger Take Two games universe of games? Perhaps we’ll learn that Liberty City and San Andreas also exist in the Red Dead universe? Or maybe we’ll see XCOM troops running about in Mafia III? Alright, probably not that one.