The Chinese smartphone maker Xiaomi announced its latest smartphone Redmi Note 2 along with MIUI 7 on August 13th. As per the schedule, the phone went on sale in China yesterday (August 16th), and received a record-breaking response from the customers. The company has confirmed that a total 800,000 units of Redmi Note 2 sold out in just 12 hours. The next sale will now happen on August 24th. 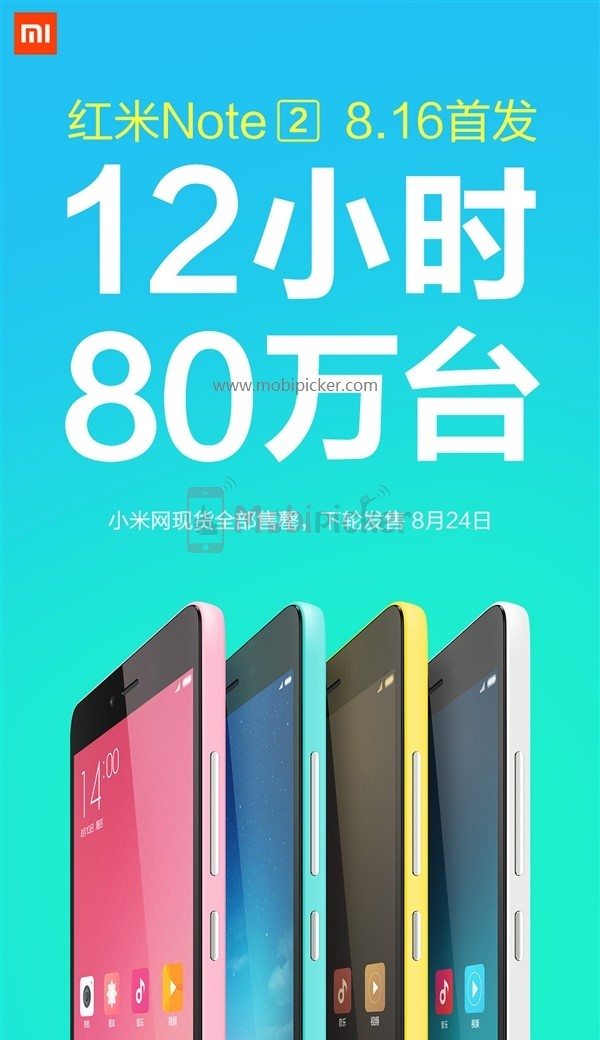 For those have not gone through the specs, the Redmi Note 2 is built around a 5.5 inch 1080p display, and features 13 megapixel back camera, a 5 megapixel selfie shooter, and a 3,060mAh battery. The phone runs MIUI 7 based on Android 5.0 Lollipop.

The company will announce the international version of MIUI 7 in New Delhi on August 19th. The Redmi Note 2 may also be announced for India on the same day, but with a Qualcomm’s Snapdragon chipset.