Qmobile, the Pakistani Mobile manufacturing company has launched a new phone dubbed Qmobile Bolt T5 in its home country. The phone is available in market shelves for much affordable price of PKR 4,200 or $41. 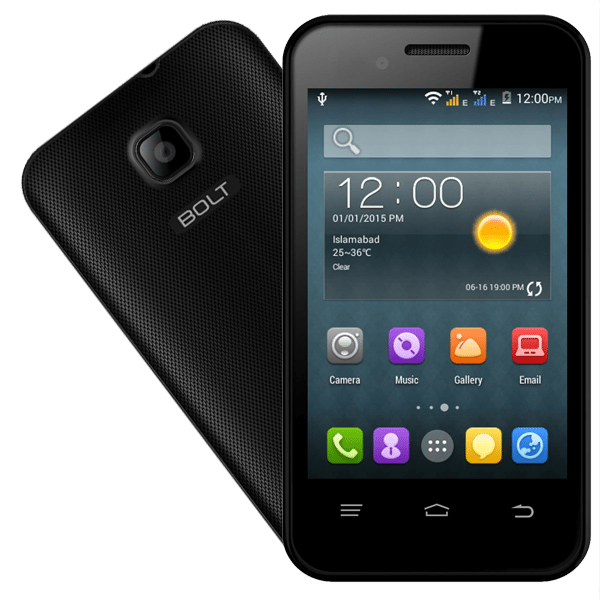 The new phone houses 256MB of RAM, and 512MB of native storage, which is further expandable up to 32GB. Running on Android 4.4 KitKat operating system, Qmobile Bolt T5 is equipped with a 3.5 inch display with a resolution of 480 x 320 pixels. Bolt T5 is powered by a 1GHz dual-core processor.