Playstation 4 users will have another good reason to celebrate starting tomorrow. Sony is about to release perhaps one of the biggest update on the console to date, the PS4 System Software 4.50. Not only that this will bring the highly anticipated “boost mode” to the PS4 Pro, it will also tag along a bunch of new features for the original console. 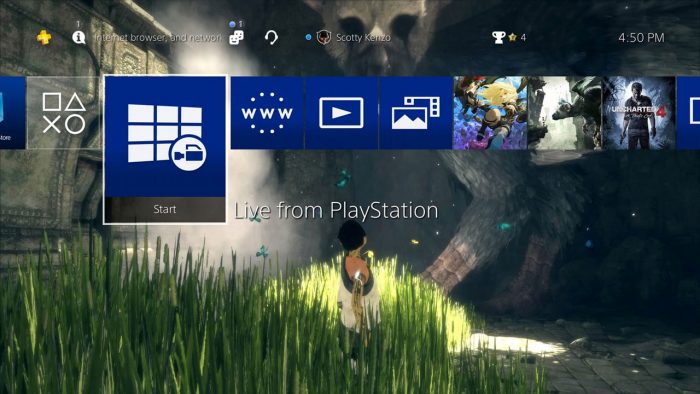 A few weeks ago, Sony announced the beta testing stage for the PS4 System Software 4.50. At the time, only participants of Sony’s beta testing program can take advantage of the new firmware; for testing purposes. Fast forward to today, gamers are only a day away from finally getting the much awaited firmware update.

As mentioned, the PS4 System Software 4.50 will bring in the “boost mode” feature for the PS4 Pro. This mode is made to help improve gaming performance of older games on the said console. Legacy game titles that have not been patch for the PS4 Pro will benefit more from this update.

In addition to the “boost mode”, the PS4 System Software 4.50 will introduce a very welcomed feature on the PS4. This time around, PS4 owners will be able to use an external hard drive to save their games. Storage space on the PS4 system has been a source of major pains for many owners. Especially now that majority of AAA game titles are released with storage requirements as big as 40GB.

By introducing the external hard drive support on the PS4, gamers will be able to connect any USB 3.0 hard drive to their consoles. However, at the current pace of technology, this is limited to 8TB of storage space. Which, in retrospect, is not that bad considering that the biggest PS4 system only has 1TB of storage.

Apart from these features, Sony also introduced a bit of tweaks on the general UI of the system. Furthermore, PSVR owners will now be able to enjoy 3D Blu-ray movies straight from their headsets.