PS4 news roundup for week 17 includes Call of Duty: WW2 DLC deal, the inclusion of three new standard maps in Overwatch, GTA 5 Online Update, and the latest Ark Survival UI Tweaks that came in the form of a download.

According to the new deal, all the PS4 users will receive this offer with the game’s purchase for the console. The DLC will only be available for all those players who will buy the game from both the retailers and the online stores.

In addition, all the PS4 fans will also be able to play all the Map Packs almost 30 days before the launch. Call of Duty WW2 DLC will launch on PS4 earlier than the other consoles. This is another big thing to get excited on.

Another one of the past week’s biggest news includes the release of Three new Maps in the Overwatch for PS4. According to the latest developments in the game, Blizzard is planning to release three new standard maps this year.

Jeff Kaplan, Overwatch’s Director says that the developments team is currently working on three new standard maps for the game. All of the maps will offer both Quick and Competitive gameplay.

In addition, the development team is also working on three non-standard maps along with a bunch of other great things. Kaplan was speaking in an exclusive interview with Express Online where he further stated that the development team wants to play the maps as badly as the players. However, certain new features will not be available until they are completely ready for the game.

This also means that the earlier promised Map Editor still needs some time to finalize and to be fully functional for the game. 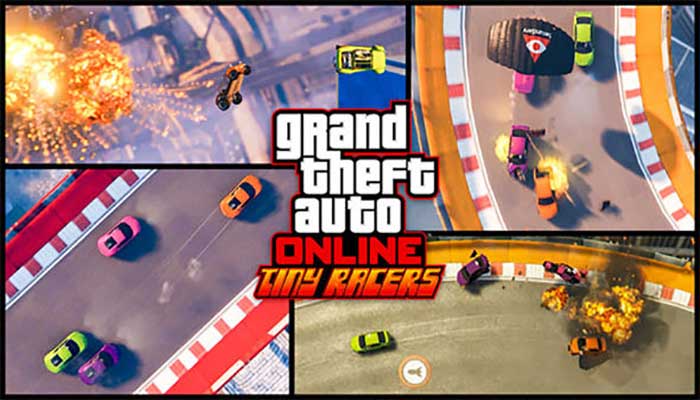 The past week saw one of the biggest updates for the GTA 5 Online. The new update added the much-awaited Tiny Racers mode to the game that’s now available for the PS4 along with other major platforms.

New Tiny Racers mode shifts the game’s camera to Top-down perspective and offers a new enticing experience of the game. The new Tiny Racers mode is also being billed as the Retro-styled Stunt-race event that offers a number of new weapons, loops, power-ups, and loads of other exciting items.

Furthermore, the new Tiny Racers mode looks a lot like the formerly popular Micro Machines. On the release of the Tiny Racers mode, Rockstar has also announced that the next big updates will bring more new maps and some content creator tools in the next few weeks.

Another one of the biggest news of the past week for PS4 includes the new Ark Survival Evolved update. The new update adds up a number of tweaks to the game’s UI system and some of the basic changes.

The new update also offers some system improvements as well. Another big announcement was also made with the release of the latest update. According to the development team, they are going to make the Volcanoes in the game alive. This literally means there is something really big on the horizon and fans will soon be having it.

As reported by the developer, the new Volcano changes are coming to the game with the next big update patch. However, this update will land on PC first. After that, it’ll port to PS4 and Xbox One.

All the above-mentioned stories are from the past week’s biggest updates for the PS4. Hopefully, we’ve covered all of them. If you see something missing, comment below.