Sony has officially released two brand new models of PlayStation 4 gaming consoles. Both of these two new PS4 consoles models are available for a limited time. So, it is advised if you are planning to grab a Gold or Silver model, you should hurry up as the console is flying away fast. 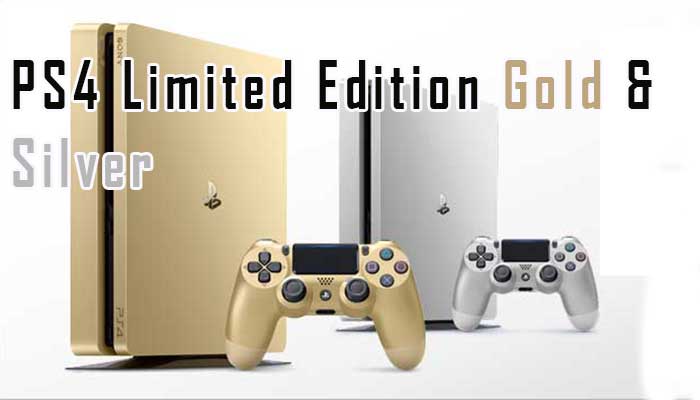 This marks the PS4 for one of the biggest updates that Sony has given to the console until now. According to new information, both of these new Gold and Silver models were leaked during the E3 Gaming Expo. But now the tech giant has officially launched the new PS4 models.

The Gold and Silver PS4 models are available at GAME and Amazon at the moment. You can buy the any of these two new models in only $ 324.62 each. Both of the consoles are available with the remarkable DualShock 4 controllers as well. This is yet another great news for the PS4 fans.

The only drawback of these new PS4 models is that they offer only 500GB of internal space. All the other specs are same as the original PS4 gaming consoles. Sony has stressed out the point that the Gold and Silver PS4 consoles will remain available only for a limited time. So hurry up if you have to get one.

Based on the new Intel, the PS4 streaming content is also now upgraded. It’ll help find all the PS4 owners find their favorite streaming content fast and easily. All of the content will also be available at a single place.

“Whatever your favorite video content– movies or TV, live sports or gaming clips – now you can easily find it on your PlayStation 4. Today we’re introducing a refresh to the TV & Video entertainment experience

The new TV & Video experience will help you find your favorites and discover new and exciting content from the PS4 streaming video services, all in one location.

Instead of jumping in and out of all your different apps, find the best video on PS4 from one convenient spot.”

What’s your choice? The Gold or Silver Limited Edition PS4 consoles? Whatever is your favorite, do let us know via the Comments below.