It comes as a surprise that a Prototype of Sony Xperia C5 worth $12 Million has been recovered and leaked by the Brazilian police, they even went ahead and released a picture (shown below).

How the prototype came in the hands of the Sao Paulo Police Department is an interesting story, it all began when the prototype was stolen from a certification company in Campinas and put on sale online, the prototype is allegedly worth of about $12 million dollars in development spending. It is reported that the Sao Paulo PD were on it since the beginning, after a week and a half later, local police arranged a dinner with the seller, sent an undercover agent, and arrested the salesman red-handed in the middle of the transaction. The prototype appears to be the upcoming Sony Xperia C5 Ultra as the device looks exactly like in the leaked manual pages.

The unannounced Smartphone will cost about R$3000 (or US $893) when it hits the Brazilian market, as reported by the certification company. For now, no specification or additional information about the Smartphone’s hardware has come to light.

If the prototype really happens to be the Xperia C5, and judging by the front cam’s location and bezels, then the display on the handset should feature a 1080p display of at least 5.5 inches, an obvious assumption can be made that the device would be powered by a 64-bit octa-core processor made by MediaTek, 2 gigs of RAM, and a pair of 13MP cameras on the front and back panels. 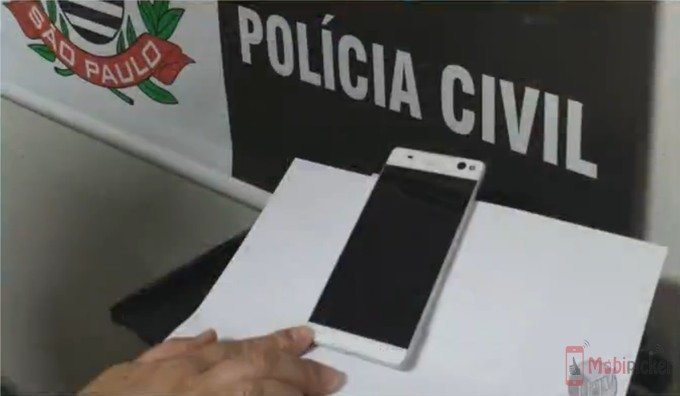 Our speculation is that Sony would announce all the other rumored devices including this one, in the IFA conference in Berlin this September.