MobiPicker
Android Applications Prisma 1.0 APK Download Now Available for Android Phones
Share on Facebook
Tweet on Twitter
Deal Alert: 49% Off on ExpressVPN
Touted as #1 VPN in the world, ExpressVPN is now offering 49% off & an additional 3-months of service on its annual plans.

It might be all about Pokemon GO these days, but a photo-editing called namely Prisma which was released for iOS is the talk of the entire world. Today, the developers of the editing app said that the application will be available for Android as well starting today, but as a beta program. A user needs to sign up to the beta program in order to download and install the Prisma on their Android smartphones. 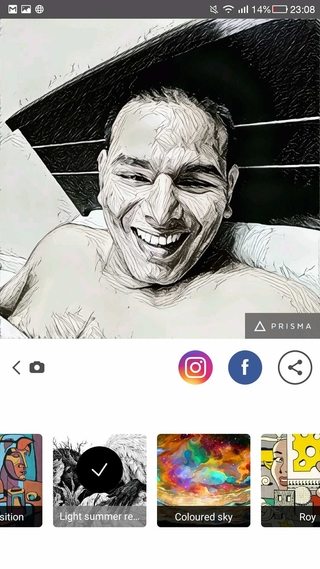 If you aren’t aware of this popular application yet, this is our brief explanation. Prisma is a photo-editing tool which converts your photos into a digital art and the photos look insanely good. As of now, the application is available as an iOS exclusive, however, the official developer of the game Alexey Moiseenkov confirmed on social network Facebook that the game is available for Android as well, starting today.

Having said that, the application is now available for Android as a beta testing and the users need to sign up to the Prisma Newsletter to be part of the beta testing program. Users can visit this link to enroll in the program: http://prisma-ai.com/.

That said, signing up for the newsletter won’t enable any magical link to download the application. You are just enrolled in their services saying that you are eagerly waiting for the application.

For those who do not want to go through the beta testing enrollment process and simply want to download the Prisma APK, the same can be downloaded from several trusted mirror sites like APKMirror. Prisma 1.0 APK version weighs around 8MB and supports Android smartphones running Android 4.0.3+ of OS. You can download the Prisma APK for free via below source link.

Are you excited about the Prisma launch to Android? Let us know in comments below.