All Prey fans who have been facing the Stuttering issue while playing the game are in for a fantastic treat. Nvidia has just released a Hotfix Driver version 382.19 for the game. Nvidia has released the driver for download via their official support website and players can download it now. 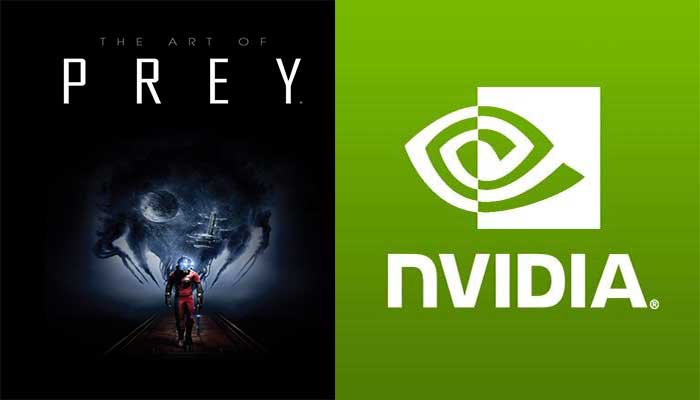 Fans should also know that this Hotfix driver is not a WHQl release at all. This driver is meant to fix the stuttering issues that have been previously complained by some of the fans. The Stuttering issues got into the game with early driver version 382.05 release because of it being game ready.

Keep in mind that Prey is an AMD promoted video game title and loads of AMD Ryzen and Radeon logos appear on the game’s load screen. So, it was only possible for AMD to offer the solution to the frustrating stuttering issues.

Nvidia has a history of releasing driver updates via the GeForce website or the GeForce Experience drivers panel. But if you are a Prey player and you are facing the Stuttering issue, you will have to download the latest Hotfix drivers manually from the official Nvidia support website.

You can see the stuttering problem occurring if you use very high preset on almost every Nvidia GPU. Average framerate touches a high on 144 fps cap, but the minimum fps on high and high-end graphics card such as 1070, 1080, or a 1080 Ti jumps to a very low of 60 fps. Following is the Nvidia GTX 1080 scatterplot without the Hotfix Driver version 382.19. 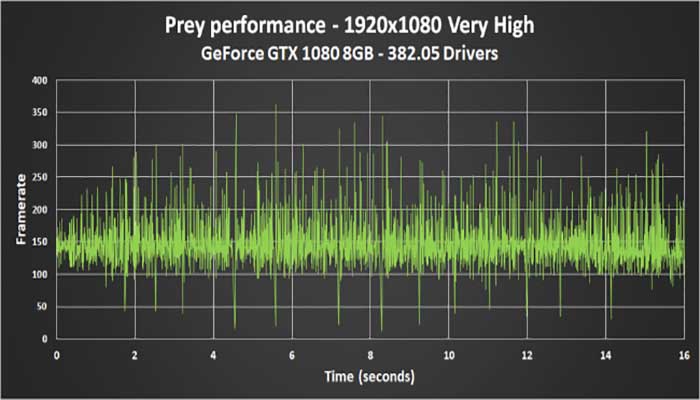 Following is another image of the same Nvidia GTX 1080 scatterplot after the installation of Hotfix Driver version 382.19. 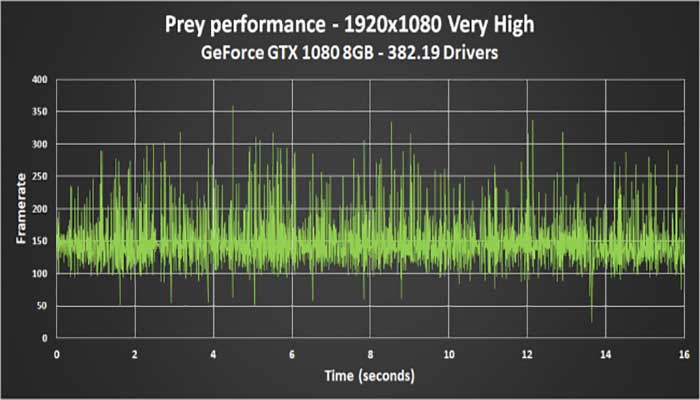 Though, after the new Hotfix 382.19, some of the issues still persist. You’ll see a lot of jitter in frame times. The stalls in the game are almost not so obvious as well as the stuttering issue. At this rate of improvement, Nvidia will soon be able to offer the fans a lag free gaming experience on Prey and a lot of other titles. Hopefully, fans will now be able to enjoy Prey without the annoying stuttering issue.