We already have an idea that Xiaomi is working on two new high-end smartphones – the Xiaomi Mi5 and Mi5 Plus. It appears that latter has now passed the TENAA certification in China, giving us a clear idea, what to expect from the line?

The phone was recently leaked by @kjuma on Weibo with whopping 23 megapixel rear camera with a 12 megapixel selfie shooter. Sadly, the phone doesn’t deliver that goody and is limited to mere 13MP unit for back and a 4MP for face. 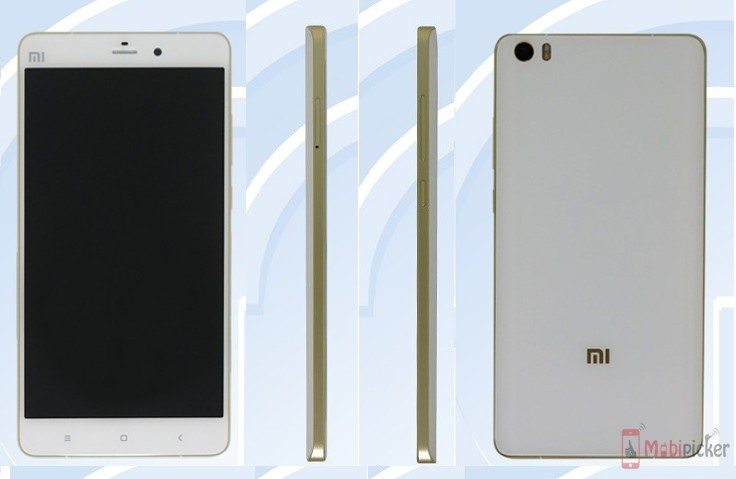 Based on the details revealed at TENAA, there will be a 5.7 inch IPS display with 2K resolution and Corning Gorilla Glass 4 protection. Powered by the upcoming Snapdragon 820 chipset with an octa-core 2GHz processor, it packs 4GB of LPDDR4 RAM, and 64GB built-in memory.

The Xiaomi Mi5 Plus includes Cat.9 LTE, Wi-Fi, GPS, GLONASS, and Bluetooth 4.0 for connectivity. Running Android 5.0.2 Lollipop with MIUI, it measures 155.1 x 77.6 x 6.95mm and weighs 160 grams. It should be available in Black, and White Gold colour options when it will be released to markets.