AMD may have made some questionable decisions in the past but that doesn’t mean the company should be discounted. As you can see below, the latest roadmap suggests that the Polaris architecture will replace both the Radeon Fury and Radeon 300 series. Though AMD will probably keep both lines in the market for a while, it seems like the company won’t be releasing any rebranded cards this time. 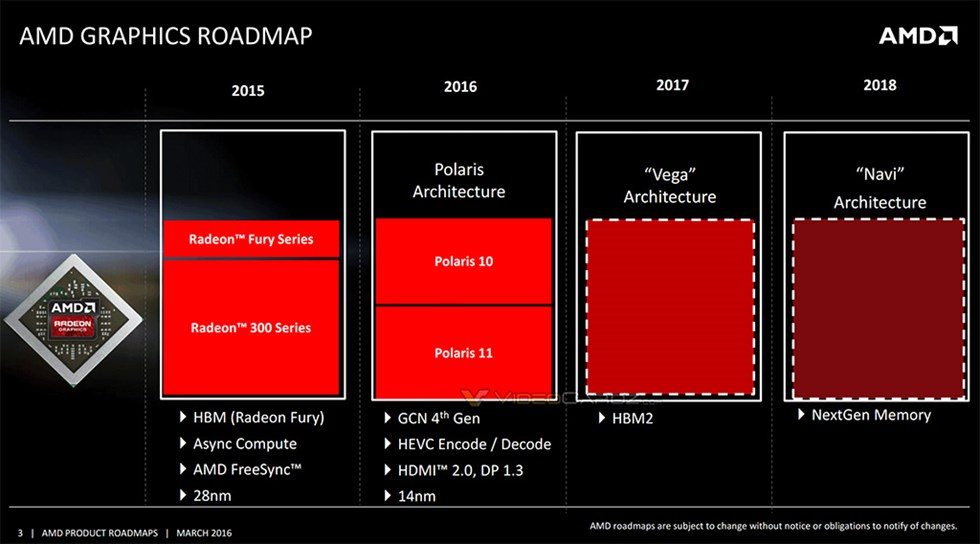 Looking at the roadmap, it’s clear that AMD has very different plans for Polaris compared to the existing series. Polaris 10 seems to occupy a much larger block than the Fury series which indicates that AMD will use the architecture in additional cards aside from the expected R9 490 series. The fact that Polaris 11 will obviously take up the entry to mid-level tiers also lends additional support to the “no rebranded cards” theory.

With a projected release date of mid-2016 for Polaris, and with Vega looming just around the corner, AMD will be very busy in the coming months. Of course, the company’s also occupied with third-party endeavors too. To be more precise, rumor has it that Polaris will be included both in upcoming Macs and in Sony’s updated PS4.

Patience is a virtue, or so the saying goes. Excited fans will have to wait just a bit longer until AMD is ready to officially spill the beans on the latest graphics series. If there’s one thing that we know for certain, however, it’s that the battle between AMD and NVIDIA is about to become more heated than it’s ever been in recent times.