MobiPicker
Games Console Gaming Pokkén Tournament: How to Win by Making Shadow Mewtwo Invincible; Block String...
Share on Facebook
Tweet on Twitter
Deal Alert: 49% Off on ExpressVPN
Touted as #1 VPN in the world, ExpressVPN is now offering 49% off & an additional 3-months of service on its annual plans.

Nintendo might have a problem on their hands, considering Pokkén Tournament contains a pretty glaring glitch that you probably want to exploit. Apparently you can have Shadow Mewtwo become an unbeatable juggernaut in the game; you’ll have to get in on it before Nintendo decides to patch it out, however. 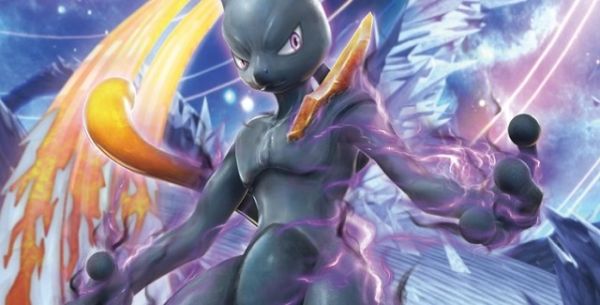 First off, you need a Shadow Mewtwo to work with. If you have a physical copy of Pokkén Tournament, you will have access to the Pokémon thanks to the Shadow Mewtwo amiibo card. To unlock him completely, you’ll have to become the champion of the Chroma League.

Once you’re done with that, you can get to taking advantage of the Block String Infinite exploit, which allows you to deliver a never-ending projectile attack sequence, forcing your opponent to be trapped in a block. Both the opponent and the Shadow Mewtwo will take damage from the attack, but your own Shadow Mewtwo will not die.

Even more funky is the fact that if both you and your opponent drop to 1 point of health, Shadow Mewtwo will win the match when the timer runs out, seeing as the game rewards a win based on the percentage of health remaining and as it happens, Shadow Mewtwo has the lowest total health of all (therefore, his 1 point of health will always be a higher percentage than any other Pokémon).

Have a look at the video below to find out how it works. Are you going to use the exploit in your own game? Let us know in the comments below.