Japanese magazine CoroCoro has revealed the new Pokémon Magiana in their February 2016 issue, along with new details about the upcoming movie. The Pokémon was originally seen as a silhouette in last month’s issue, but Magiana “the man-made Pokémon” has finally been revealed, as you can see below. 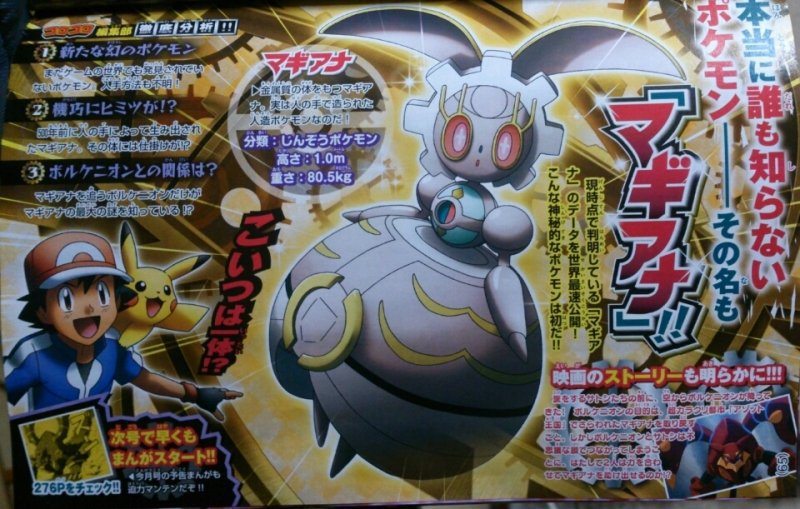 Magiana, (pronounced with a hard ‘g’ as in ‘gear’, not ‘ginger’), is classified as a Man-Made or Artificial Pokémon, although no type has been explicitly revealed. Still though, I’m going to go out on a limb and guess that it might at least be Steel type. According to Serebii’s translation, Magiana was made over 500 years ago and hides a powerful secret that Volcanion will be after.

The magazine has also revealed new details about the movie, including its title, “Volcanion and the Ingenious Magiana”. The movie follows Ash as he encounters Volcanion, who in turn is chasing after Magiana, who has been abducted by the “Azoth Kingdom”. Ash and Volcanion must now work together to rescue Magiana.

As for what this means for the games? Well, the upcoming movie appears linked to the Pokémon XY & Z television series, which started last year. And Pokémon Z has been curiously absent for a few years now, after Pokémon X and Y came out all the way back in 2013. What’s taking Z so long? With the reveals of Volcanion and Magiana, fans are no doubt dying to get their Poké-Balls smashing against these rare Pokémon. There’s also Pokémon Go, the mobile game featuring Augmented Reality that’s coming out later this year. Will we see Magiana appear in it?

This makes us think there’s a good chance that Pokémon Z might be sauntering about soon, maybe even as early as this year, to coincide with the upcoming movie.

Have a look at the movie poster below: 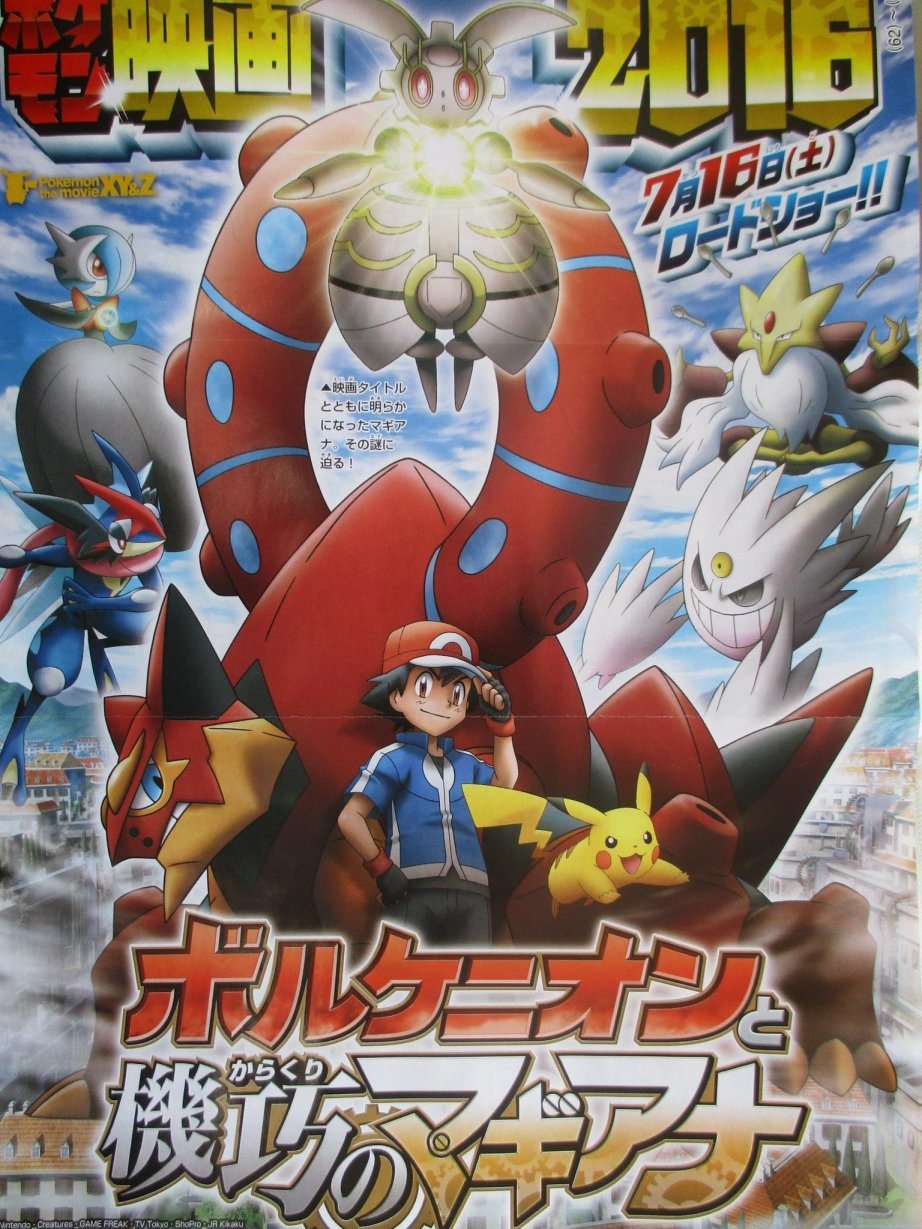