Pokémon Sun and Moon are releasing in November this year, and when they do, they will release with a 350-page official strategy guide, available in a standard version for $25 and a collector’s edition for $40. You can find the standard edition on Amazon here, and the collector’s edition here, if you’re already interested in pre-ordering it. If you need more convincing, then read on. 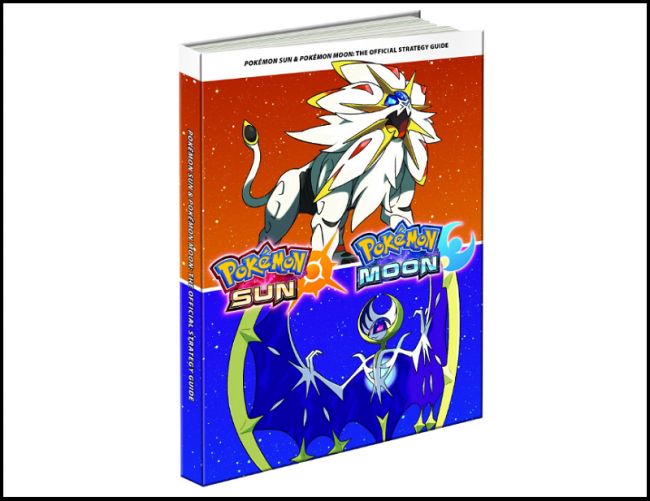 According to the description of the guide (via Siliconera), the guide will feature detailed walkthroughs of the games, as well as locations of where to catch Pokémon. You’ll also get lists of moves, items and other stuff, complete with information on how you can get them. There’s also a pullout map of the region, which I think is really cool. The hardcover version pictured above will be exclusive to the Collector’s Edition, which will also contain “bonus content”.

Pokémon Sun and Moon will be set in the new Alola region of the game world, which is based on Hawaii and is the first proper tropical region in Pokémon. According to Siliconera, you will be travelling across multiple islands while exploring the region, which sounds appropriate for a region inspired by Hawaii. Pokémon Sun and Moon will be released on November 18th in North America and November 23rd in Europe. The strategy guide will release on November 18th as well.