And the time has come! The Official Pokémon Channel on YouTube has been updated with a new video showing off the Starter Pokémon for Pokémon Sun and Moon as well as a whole bunch of interesting new information. And there’s even gameplay footage! Get in on this! 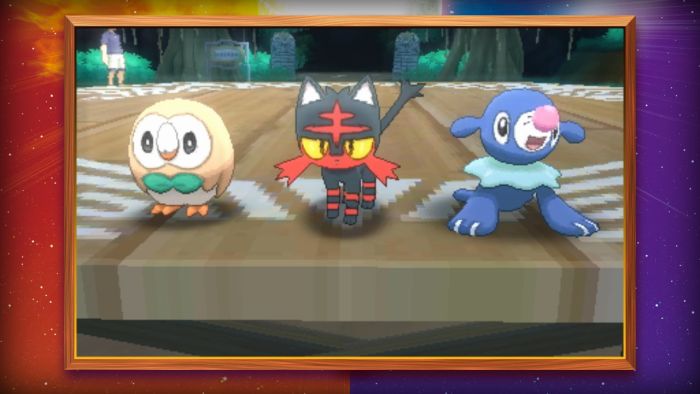 First off, we see the male trainer as he is introduced by his cousin Kukui to the “Alola” region, no doubt a play on “Aloha”. As per previous speculations, it turns out that the region we’re in this time is a tropical region, full of coconut palms, Hawaiian shirts and huts.

The absolutely delectably cute Starters start with Rowlet, based on an owl. He’s of the Grass and Flying types. Litten, on the other hand, is a kind of cat – a rather hellish, satanic-looking, yet really cute cat. She’s Fire-type. Finally, Popplio is a Water-type Pokémon based on a seal. And that’s it for the Starters: no real surprises, 20 years down the line. We’re still riding strong on that grass/fire/water trinity.

After this, we see a whole bunch of footage of the Alola region, including bustling cities, quaint villages, and its many inhabitants. We may have even gotten our first look at the Legendaries for the game, although they haven’t been named yet. And then finally, there’s the release date! Pokémon Sun and Moon will release on November 18th, 2016 on the Nintendo 3DS. Check out the trailer below!