Pokémon Sun and Moon just got a new trailer, and this one’s a five-minute biggie. It shows off a number of features and changes that will be coming to the newest pair of Pokémon games, while also showing off a few new Pokémon. You can watch the trailer below, but we’ll be explaining everything you see in it. 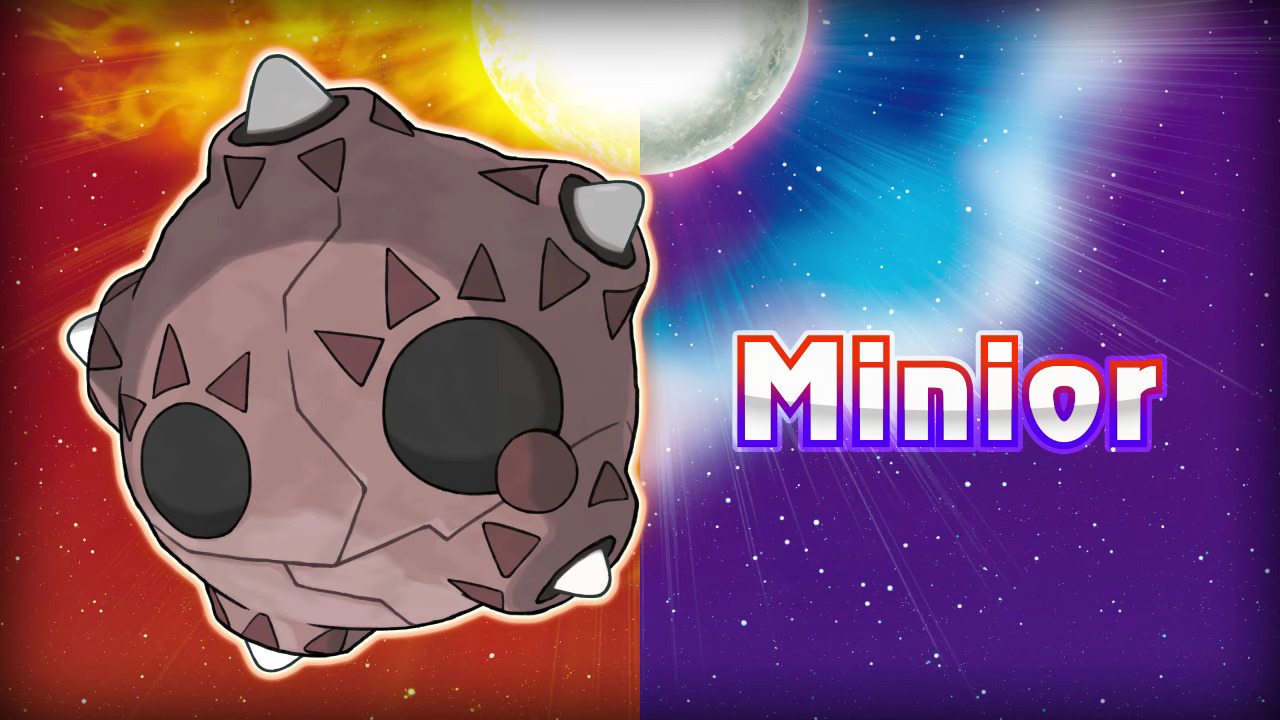 First up, comes the revelation of Alola forms. Apparently, some Pokémon from previous generations take special forms in the Alola region. Exeggutor, for instance, assumes the shape of a tall pine tree, while Vulpix and Ninetails become very icy. Interestingly, they also have special abilities and types when they take these forms.

New Pokémon have been revealed! Oricorio, a colourful bird Pokémon, comes in four styles, inspired by four kinds of dances: Baile Style, Pom-Pom Style, Pa’u Style and Sensu Style, each one featuring a different colour. The styles are apparently affected by the island that you spot the bird on. It is unclear if the Pokémon actually changes its style once caught.

Then, there’s Minior, whom you can see above. It’s got a pretty tough shell, that will crack once it takes enough damage. Its inner core, which is decidedly much cuter than its outer shell, comes in many different colours, too. Yungoos, everyone’s favourite Donald Trump lookalike, evolves into the meaner-looking Gumshoos. I love the way it has its hands behind its back. No word on where it will build a wall around Alola.

Next, we have the grass Pokémon Fomantis and its evolution, Lurantis, which seem to be themed around buds and flowers. Then we see Mudbray, a fairly silly looking Pokémon that evolves into the dreadlocks-bearing Mudsdale, who we’ve met before.

Next up, the trailer shows us that you can now ride Pokémon, complete with detailed 3D graphics, on land, sea and air (who doesn’t want to ride atop a Charizard?). And then comes the twist: it would seem that the traditional gym system of previous Pokémon games has been replaced in Pokémon Sun and Moon. You will be travelling from island to island for your “rite of passage”, and you will have to complete “trials” as you go. There’s only four islands, but at the end of each trial, you will fight a powerful Totem Pokémon, which has the ability to summon another Pokémon at will.

After you beat each island’s trials, you will have to beat the Kahunas. If there’s one Kahuna for each island, that would take the total of ‘gym leaders’ in the game to 8 in all: not a bad number at all. It’s not mentioned whether you will be encountering the Kahunas right after each trial, or after all the islands are done. It would be interesting if the game did the latter, forcing you to make two trips through Alola, instead of the usual point-to-point journey of previous games.

The final bomb in the trailer is Z-Moves, a new feature introduced in Pokémon Sun and Moon. These are very powerful, and very flashy-looking moves. There’s one for each type, and they can be used once per battle. What isn’t explained, however, is how you go about enabling each move. Perhaps it’s based on damage sustained, or damage dealt? We’ll have to wait to learn more.

Let us know what you think about the new trailer in the comments below.