Pokémon GO might be all the rage at the moment, but Nintendo is not neglecting the real meat of the franchise, Pokémon Sun and Moon. The latest trailer from them has just dropped, and it reveals a whole bunch of Pokémon, some of whom we’ve heard about before, while others we’ve never seen. They’re strange, they’re cute, they’re pocket monsters. Check out the trailer below. 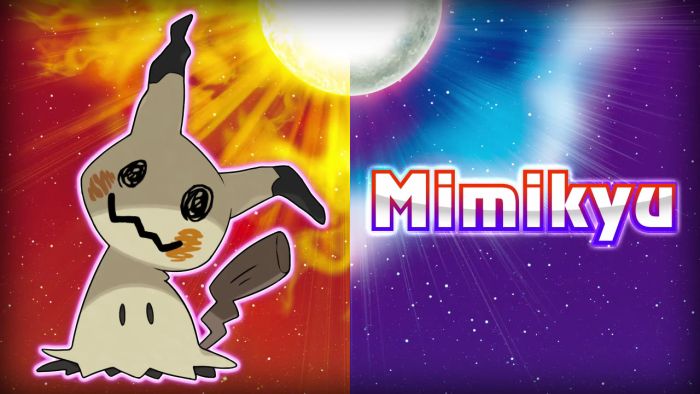 The showcase begins with the water and bug type Pokémon Wimpod, who has the ability Wimp Out, which causes him to flee when weak. Bounsweet is a grass type Pokémon who resembles a fruit, and has the abilities Leaf Guard and Oblivious. Comfey, a cute name for a cute Pokémon, is a Fairy Pokémon… shaped like a wreath of flowers. Really.

Mudsdale is a ground type horse Pokémon, with the abilities Own Tempo and Stamina. And then there’s my favourite, Mimikyu, who hides below a piece of cloth meant to look like Pikachu. It’s a ghost and fairy type Pokémon with the ability Disguise. Then comes one of the best names for a Pokémon yet – Bewear, a large pink-and-black bear of types normal and fighting.

In addition, the trailer shows off that you can host your own competitions now, thanks to the Pokémon Global Link. There’s also something called “Hyper Training”, which sounds like something you’d want if you’re a helicopter trainer. And finally, we’re reminded that the release date for Pokémon Sun and Moon is November 23rd, 2016.