MobiPicker
Games Console Gaming Pokémon Sun and Moon Gameplay Video Leaked, Shows A Way To Get...
Share on Facebook
Tweet on Twitter
Deal Alert: 49% Off on ExpressVPN
Touted as #1 VPN in the world, ExpressVPN is now offering 49% off & an additional 3-months of service on its annual plans.

Pokémon Sun and Moon should hit Nintendo 3DS soon, and now one Japanese gaming magazine revealed a video showing one of the ways you’ll be able to earn money in the game.

V Jump (the magazine) leaked the gameplay video on Monday, showing how money can fill your pockets; all you have to do is throw a Pokémon into the ocean. Although the in-game text is in Japanese, Siliconera managed to shed some light on what’s actually happening. It seems players will be able to get a part-time job where the only task is to walk along the shoreline, spot any Pyukumuku and toss it back into the ocean.

The job is there because Pyukumuku (cucumber looking water Pokémon) has a habit of staying in one place for a long time, even if the place doesn’t have any food and water, making the Pokémon slowly starve to death.  The video shows how a player tossed six Pyukumuku and got 20,000 Pokédollars. Nice fee.

Pyukumuku was introduced earlier this month, and the water Pokémon is of the Alona Region endemic Pokémon types; it was first leaked by Japanese magazine CoroCoro and is known in Japan by its Japanese name, Namakobushi. 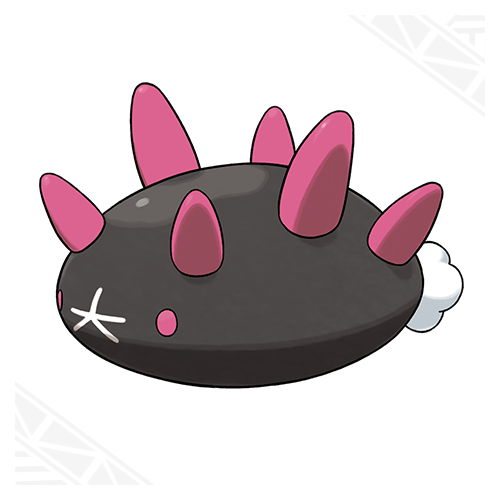 If you visit the official Pokémon Sun and Moon website you can read that Pyukumuku “are considered unappealing to tourists. Part-time work chucking Pyukumuku back into the sea is available at tourist beaches. But no matter how far they’re thrown, Pyukumuku will always return to the same spot.”

The description further reads that “Pyukumuku are covered with a slippery, viscous fluid that has a moisturizing effect. Pyukumuku can stay on land for a week without drying out. The people of Alola use this fluid for skincare products.

Pyukumuku hate to have their spikes and mouths touched, and if you step on one, it will hurl out its fist-like inner organs to strike at you.”

Also, Pyukumuku has one ability never seen before, “With the Innards Out Ability, when this Pokémon faints, it will be able to deal one last bit of damage to its opponent, equal to the amount of HP it had left before it received the final blow.”

Pokémon Sun and Moon should arrive for 3DS on November 18 in Japan and North America. Europe 3DS owners will get a chance to play the game on November 23.