So, thanks to Gathering at the Pokémon House, we now know that Pokémon will have over 10 new Pokémon. Needless to say, Pokémon Sun and Moon will mark the dawn of a new generation, filled with new Pokémon, new characters, a new setting and lots more new stuff. At the same time though, we can’t help but look back at some Pokémon who ended up scrapped during development, and wonder if they can be retooled into the new games. 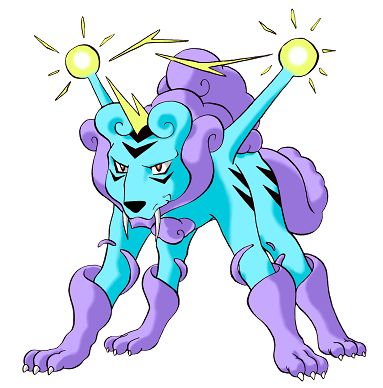 The Pokémon pictured above was designed by Muneo Saito, designer of the legendary beasts of Pokémon Gold and Silver. The resemblance here is clear: it looks like a cross between Raikou and Suicine. Based on the poles above its shoulders, it looks like it could have been an Electric-type Pokémon. Sounds like a great candidate to return, perhaps with some tweaks.

This curious Pokémon was also designed for Gold and Silver, but did not make the cut. Known as “Kurusu”, the only thing we know about it is that it knew the moves Growl, Water Gun and Tackle, and was a Water-type Pokémon. Personally, I think it looks too adorable to have been scrapped.

This is an early version of Dragonair, and this sprite was shown on Game Freak’s official Japanese website circa 1997. To be honest, I’m not entirely sure how to interpret it because it looks so weird. Weird, but interesting and different from how Dragonair ultimately ended up. Another one to revisit. 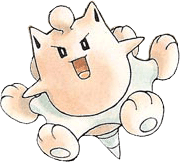 This interesting Pokémon was also created for Gold and Silver, but does not bear a resemblance to any other Pokémon other than Clefairy and Hitmontop. It certainly looks belligerent enough to have been a Fighting-type Pokémon, what with the abundance of paws it has in every direction. It certainly looks very fleshed out, so it’s a shame it had to be scrapped. Perhaps it might be back in an altered form?