Pokémon Sun and Moon are coming out in Holiday Season this year, and one of the major points of speculation for the upcoming seventh generation is what Mega Pokémon will be introduced in the new games. Between X and Y, and Omega Ruby and Alpha Sapphire, there are 48 Mega Evolutions. We’re almost certain to see new ones in the coming games. What will they be? 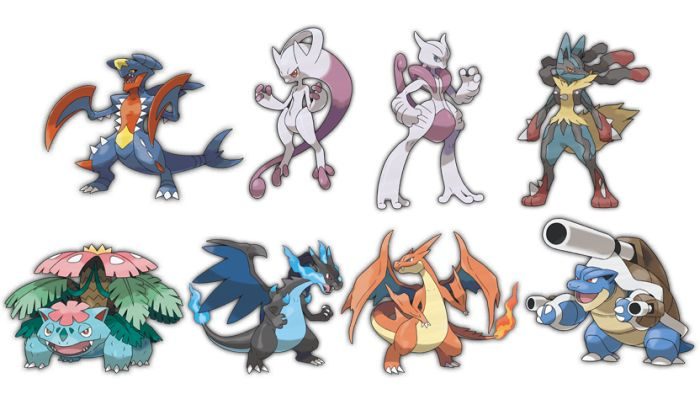 Phillip Martinez over at iDigitalTimes has put together a list of 10 Mega Evolutions that would make the most sense to happen.

Considering how Kanto and Hoenn starters have already received Mega Evolutions, it makes the most sense for Game Freak to finally add Mega Evolutions for the Johto Starters’ final evolutions, Meganium, Typhlosion and Feraligatr.

Butterfree is another contender, seeing as Beedrill already got a Mega Evolution. Another possibility is Frosslass, whose male counterpart Glalie received a Mega Evolution in Omega Ruby and Alpha Sapphire.

The argument for Raichu is that Pikachu being the face of the franchise, the evolution  deserves a Mega Evolution to celebrate the franchise’s 20th Anniversary. Hydreigon can use a leg up, considering it is 4x weak to Fairy, making it a serious liability.

Poison type Pokémon are under-represented in the Pokédex, and a prime candidate from the Poison side to receive a Mega Evolution would be Weezing. Other Pokémon that could use a boost are Whimsicott and Lilligant.

Milotic was apparently meant to get a Mega in Omega Ruby and Alpha Sapphire, so there’s a prime candidate. Finally, clocking in at #1 on the list is Flygon, who was outmatched by Salamence.

What Mega Pokémon do you think should be introduced in Pokémon Sun and Moon? Let us know in the comments below.