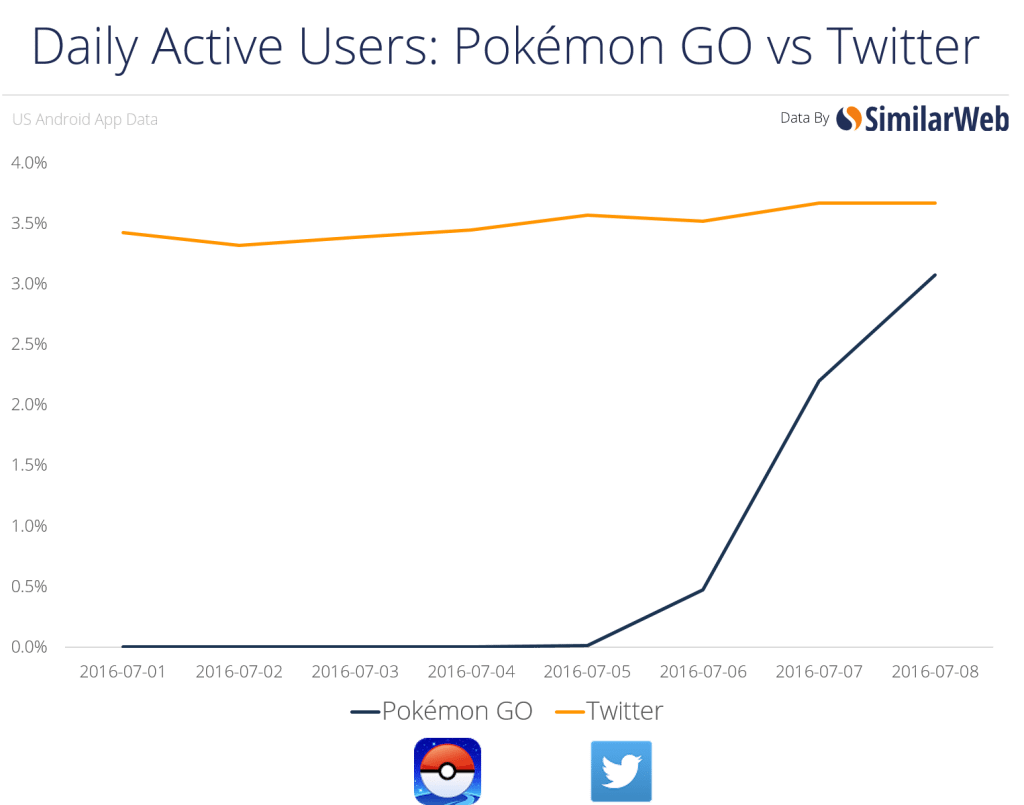 Similar Web has given out some research data revealing that 3% of all the Android users in the US are playing Pokemon GO. In comparison, the Twitter app is being used by about 3.5% of the Android population in the country, being the third most famous social media site. Looking at the crazy fan following of the new Pokemon GO, it is expected that the game will surpass Twitter in terms of daily active users soon in the US.

Of course, we don’t know whether the game will be able to sustain the popularity over time. But as of now, Pokemon GO has been installed on more phones than the Tinder dating app in the US. Also, an average daily play time of around 43 minutes have been recorded since 8th July. This competes with the leading apps like Facebook Messenger, WhatsApp, and Instagram. 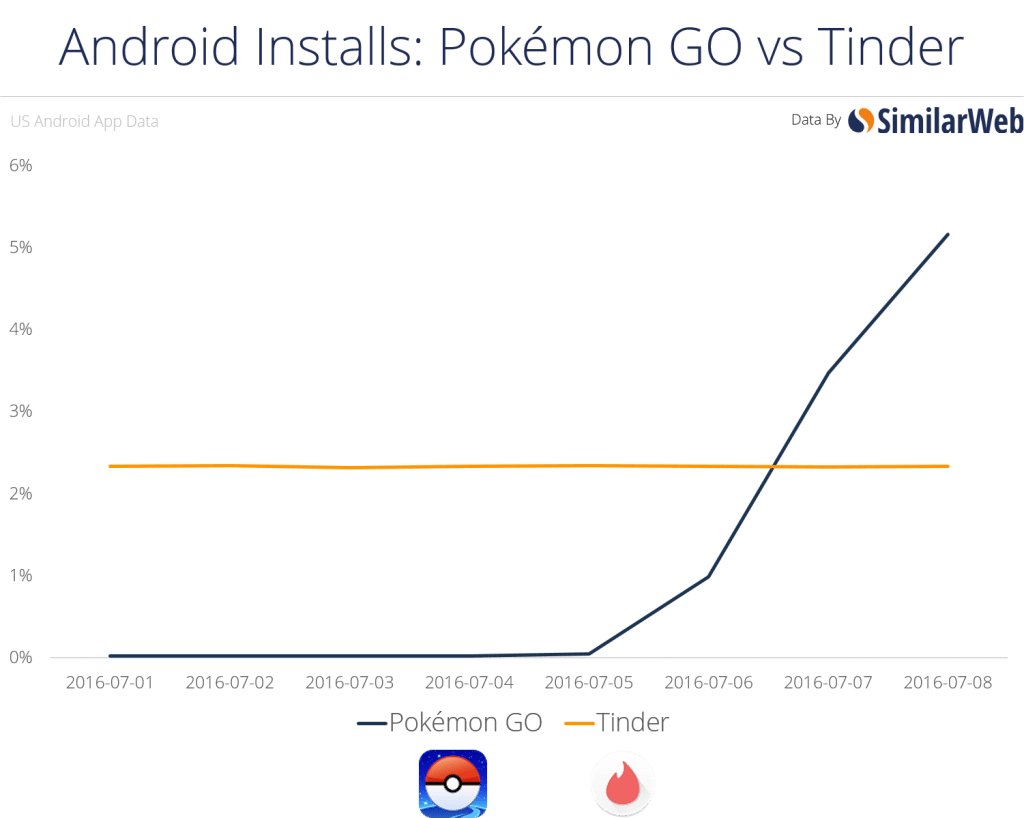 Niantic is yet to launch Pokemon GO in Canada, Europe, and other countries. The global release has been halted as of now to fix server issues due to traffic overload. The increasing demand is surely taking its toll on the servers.