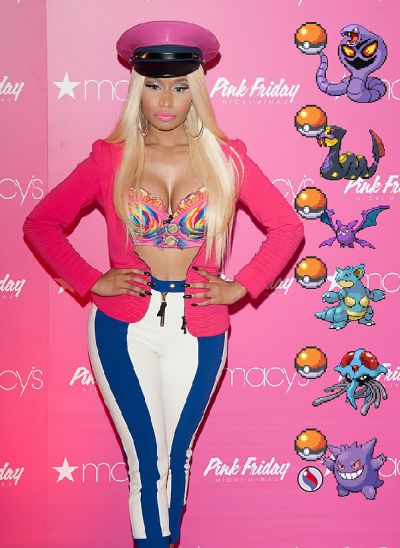 Minaj is the Poison leader presumably because of all the pink/purple at play here. Also, there’s an Arbok because my Anaconda don’t want none. Now I really want Anaconda to play whenever I encounter an Arbok in Pokémon GO. 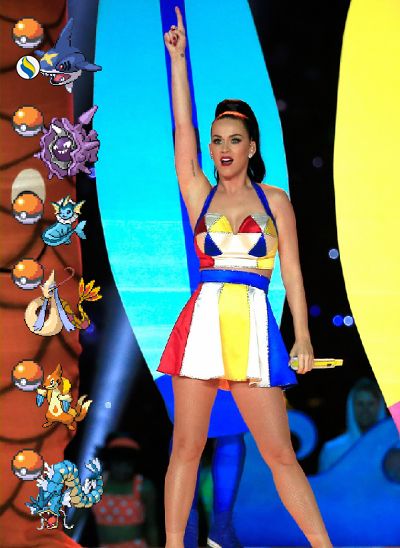 There’s a bunch of waves in the background, so that makes Perry a water type, I guess? There’s also a Gyarados, so you can hear him roar. 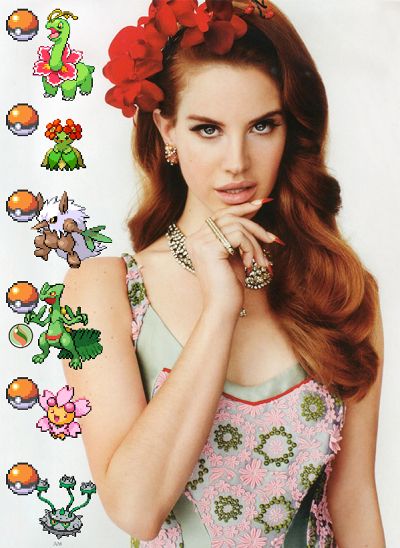 For a moment there, I thought Lana Del Ray was doing some Pokémon cosplay in that picture above, so this definitely looks legit. Then again, she could be going for a light Poison Ivy vibe. 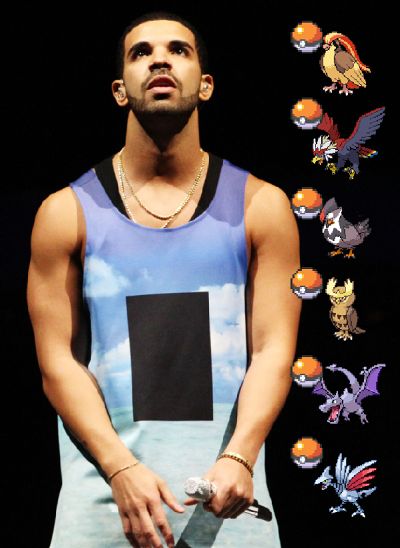 Flying: the very essence of starting from the bottom and now being here. Yeah, I think Drake has got that covered. 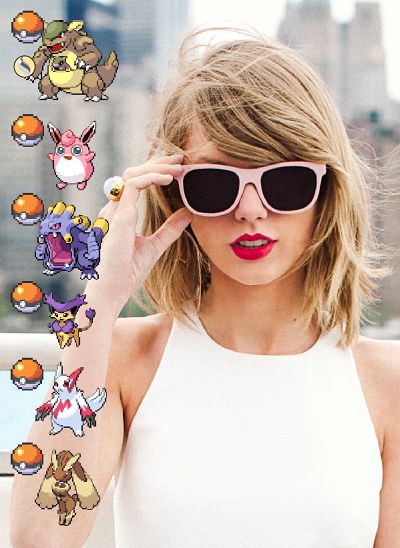 For some reason, I kind of actually imagine Swift being a gym leader. Don’t know if any of her Pokémon love Starbucks though. 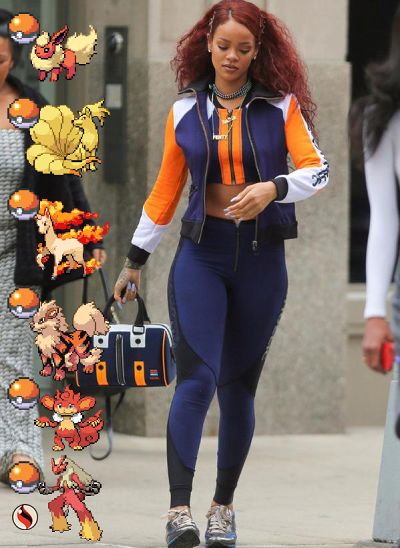 Look at her! She practically looks like she’s carrying a bag full of Pokéballs to go train with.