Magikarp is probably the most useless Pokemon ever to exist in Pokemon Go but it’s beautiful and splashy that attracts all the trainers. Recent reports suggest that the trainers in the game can now occasionally find Magikarp as a boss in Pokemon Go. 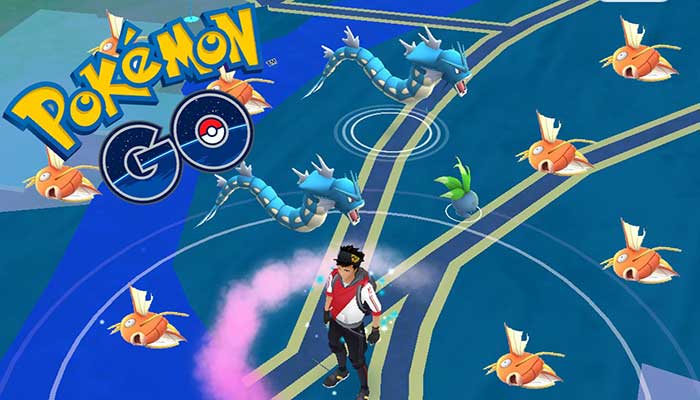 Pokemon Go Gyms were recently revamped by the developer Niantic. One of the newest addition to the game is the new Raids Battles that are actually timed events in which some powerful bosses take over various Gyms. The Raids are part of the game now and they have five different levels of difficulty. So, the higher the tier is, more and more players are needed to capture a Boss.

Most of the enemies, bosses, and Pokemon are present in the game at high levels with High CP. However, some low-level raid battles are also now part of the game and some of them feature Magikarp which is certainly the most useless Pokemon in the entirety. Until now, loads of Magikarp sightings have been discussed and it is clearly visible that this isn’t what players were expecting in Raid battles. Following are some tweets from the Trainers from around the globe.

Participated in my first raid against a magikarp! (Lol) pic.twitter.com/jcZeHUp0CS

Based on what the trainers have shared on Twitter, it seems that the Magikarp is an easy capture. It has a very low CP and attack is zero to none. However, if you miss out on any Magikarp fights, you might lose some good rewards. Maybe the good rewards are the only thing this particular Pokemon is appearing as a boss in the game.

As of now, Magikarp and the Gyarados are the only Shiny Pokemon in the game. This is because maybe Niantic likes to have some fun in the game too. Niantic also trolled its fans with transforming the Shiny Magikarp into Dittos, soon after the introduction to them. The Magikarp used to transform into Dittos soon after they were captured.

Hopefully, fans will see some more of the Shinies in the Pokemon Go. It’ll not only engage them more into the game but will definitely offer tons of fun capturing them all.