Pokémon GO players are getting banned all across the globe for using illegal tactics to increase their overall experience, but it looks like it’s the first time we have seen a whole country being banned thanks to the actions of a single player. Niantic has been aggressively banning cheaters, which is definitely a good thing, but is banning an entire country from catching Pocket Monsters a wise decision? Looks like we will find out.

One of the most prominent forms of cheating in Pokémon GO is using an automated bot. Since Pokémon GO requires you to actually travel around to different areas in search of Pokémon and supplies, it takes more time and effort than other mobile games, and lazy individuals will find that this application might not be their cup of tea as they would have hoped. A bot is able to spoof GPS and walk around for you, collecting Pokémon and items. To strongly discourage this, Niantic has been disabling the accounts of cheaters as well as banning their IP addresses. 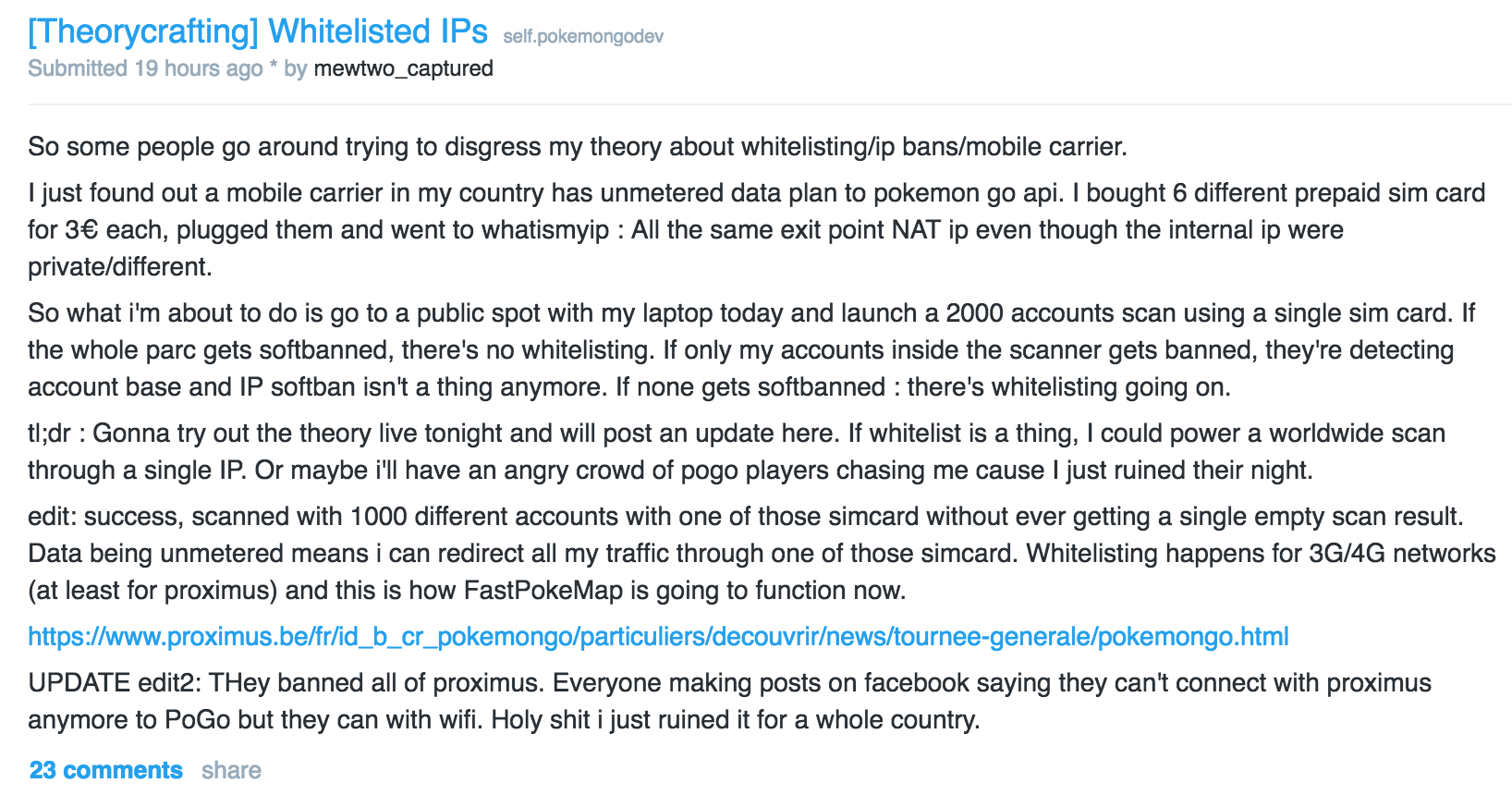 One Redditor using the handle ‘mewtwo_captured’ decided to run an experiment, and it looks like it didn’t work out the way he would have wanted it to. He used burner SIM cards to launch a huge number of connections to Pokémon GO from the same IP address, and the address belonged to the Belgian carrier Proximus. According to the Redditor, by using this address, he could get unlimited access to the servers to run a Pokémon GO mapping service. After pinging the Pokémon GO servers a few thousand times, Niantic flagged the account as a bot and banned the IP address.

As a result of this experiment, this cut off all Proximus users from accessing Pokémon GO. While the Redditor has managed to delete his or her Reddit account, other players have archived the posts and it looks like an online harassment saga is going to start taking place quite soon. The moral of this story is not to do anything foolish that could result in an entire country being banned. Sorry Belgium, looks like you are going to have to find a different way to pass your time.