Pokemon GO has been a sensation ever from its release. The game has been arguably the best Pokemon game released till date and has gained many people’s applause all over the world. Many users will be worrying about the fact that the game always requires your mobile data and GPS to be turned on all the time. We played the game intensively for about one hour in an Android phone (check mobile data and battery usage results for Android) and today we got the data usage and battery life statistics when played the game on an iOS device.

We played the game in an iPhone 4s and the results are quite disappointing when we compare to Android. We played the game for about 33 minutes and the device consumed 22 percent of battery life in the entire game play. Having said that we are on 2G enabled Vodafone IN network. You can get a clear idea about the results after seeing the screenshots below. 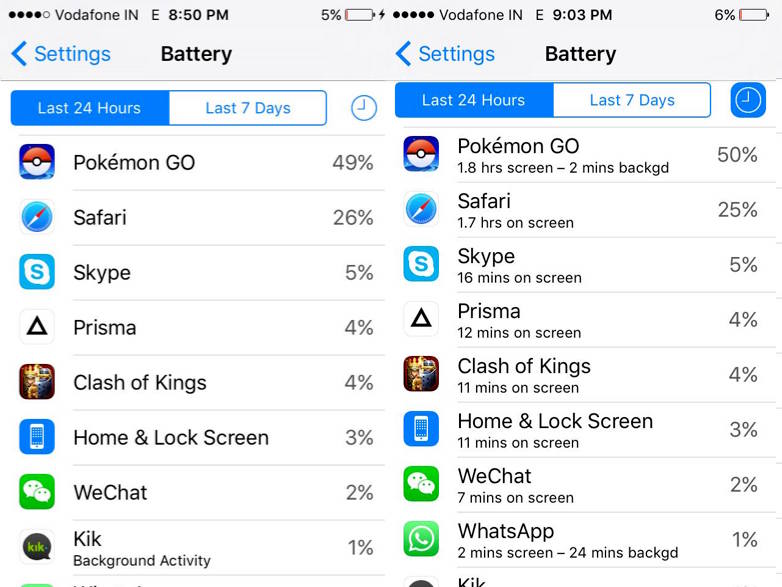 When coming to data usage, our 33 minutes of gameplay consumed just 5MB of data with the network. That said, on a rough note, the game will use 5MB for every 30 minutes of gameplay. We experienced the same results with Android as well. You can have a look at the original screenshot for better understanding. 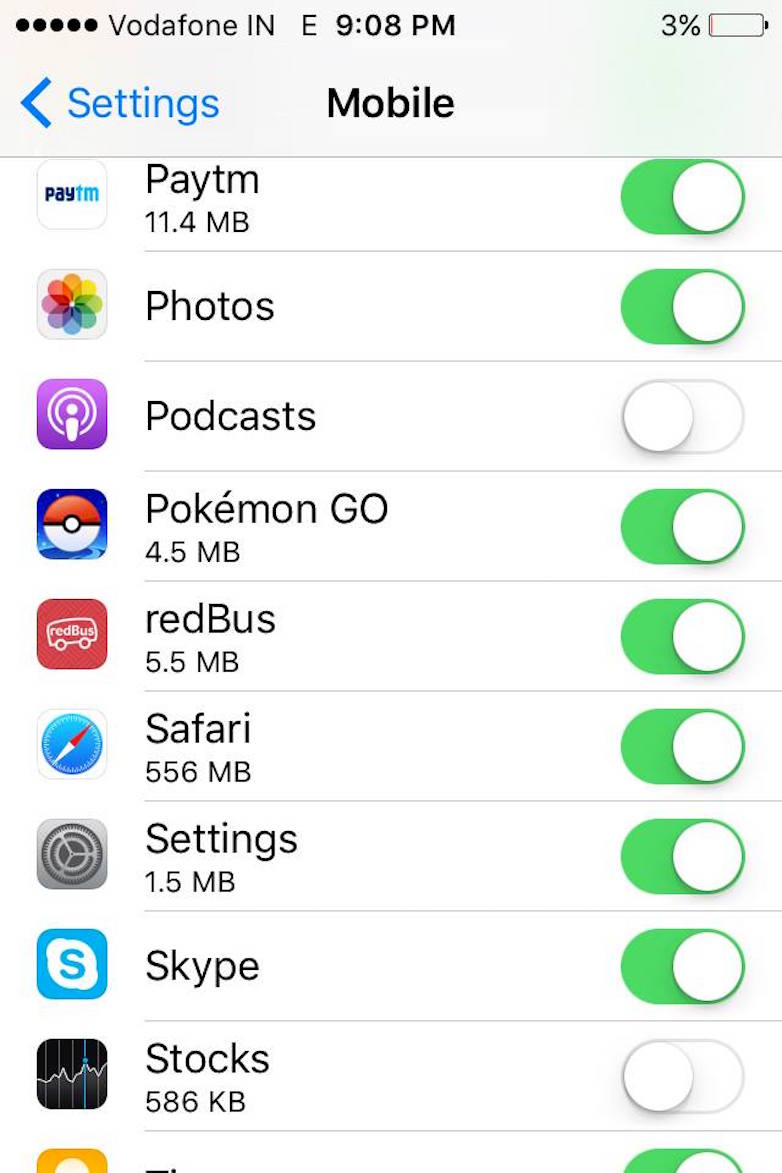 We have tested the gameplay on both Android and iOS devices and will bring more results soon. Meanwhile, do check out the space for updates.