If you haven’t tried out Pokemon GO yet, then there maybe something wrong with you. It’s the new augmented reality game the whole internet is talking about. Downloaded millions of times in just little over a week, Pokemon GO is officially available in a few countries while people from other regions can download Pokemon GO APK to get the game.

Those who were playing the game in beta before its official launch have already become experts. But people who have just started playing the game have a lot of catching up to do. Having powerful Pokemon is one of the most important things needed to become a champion in the game. But how to make Pokemon stronger in Pokemon GO? That’s the question everybody is asking, and here are a few simple tips.

To make Pokemon more powerful, you need to play more. It may not seem important at the beginning, but once you cross Level 5 and face the real challenges, you will feel the need for more powerful Pokemon. Perhaps the most important things needed to increase the power of your Pokemon in Pokemon GO are Candy and Stardust. You simply have to collect more of them to progress faster. 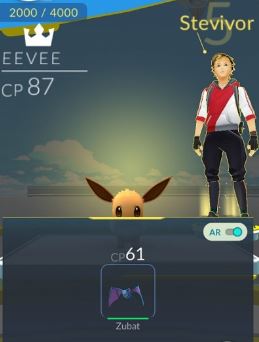 If you want to go even faster, you need to catch Pokemon faster to get more Candy and Stardust faster, ultimately to evolve and make your Pokemon stronger more quickly. Go to the Pokemon GO shop and buy an Incense. Use it to draw more Pokemon quickly to your location, and them keep catching them all. You can also earn Stardust by defending a Gym of your team against a challenger of another team.

More and more Stardust and Candy will make your Pokemon more powerful and will help them evolve quickly. Of course, it will take some time, and that’s what you would want. More time with this exciting game.

If you have got any doubts, comment below and we’ll try to help you out.