If you’re having a bad time with catching your favorite Pokemon in Pokemon Go because you can’t throw a Pokeball properly, then the following app is for you.

As we all know, there are many players who waste a lot of Pokeballs while trying to catch only a single Pokemon. However, if you’re one of those players, then there is no need to feel disappointed as there is now an app through which players can practice their skills of throwing Pokeballs.

How to throw a Pokeball properly in Pokemon Go

The app is titled as ‘Ball Practice for Pokemon Go’ and is developed by the Chinese developer, Rejected Games. The app creates a scene of a Pokemon on your mobile screen, where it is ready to get captured by a Pokeball. The basic purpose of this app is to give Pokemon Masters a chance to enhance their Pokeball throwing skills. 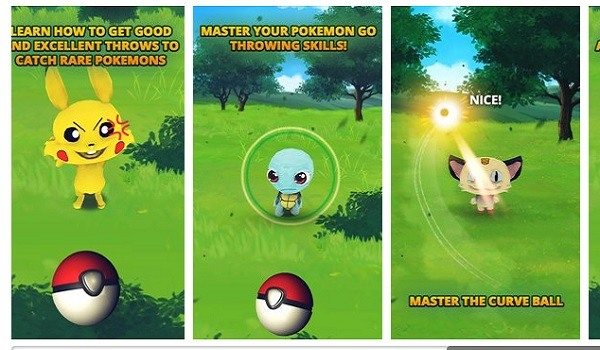 One thing to keep in mind is that this app is a third-party app, so the developers were unable to copy the settings and graphics of the original Pokemon Go. Because of this, every thing in the app is badly out of shape and you might not even recognize some Pokemon because of their, well, ridiculous shapes.

However, the app is still good for those who want to learn how to throw a Pokeball correctly. There are some bugs in this app, but the developers will hopefully fix them soon. Ball Practice for Pokemon Go is available for free on the Google play store. Just in case, here is an APK link if you’re facing any region issues.