MobiPicker
News Games Pokémon GO Gen 2 Update Revealed – Check Out The Whole 2km,...
Share on Facebook
Tweet on Twitter
Deal Alert: 49% Off on ExpressVPN
Touted as #1 VPN in the world, ExpressVPN is now offering 49% off & an additional 3-months of service on its annual plans.

All Pokémon fans rejoice! Although Niantic hasn’t revealed any details, one Reddit user going by the mane of Vivpix posted a chart showing all Gen 2 Eggs and their hatch requirements.

Since Pokémon GO features eggs hatching after 2km, 5km, and 10km, Gen 2 Pokémon should also feature those three distance tiers. All potential Pokémon Gen 2 eggs and the distances required to hatch them are showed below.

For these, to hatch, you’ll have to walk just 2 kilometers. Since the distance is relatively short, expect these Pokémon to be the weakest Gen 2 members.

The second, 5KM tier, is more serious one. For 5Km eggs to hatch, you’ll have to walk 5 kilometers (around 5000-6000 steps). Pokémon featured in this tier aren’t the strongest ones, but they feature monsters like Miltank, Delibird or Snubbull. Check out the 5Km list below.

The final, 10-kilometer tier brings some heavyweights like Tyrogue or Skarmory. For 10Km eggs to hatch you’ll have to go on a really long stroll (9000-10000 steps, according to S Health app). Check out the list below.

Do note that all these calculations are based on Gen 1 Pokémon hatch distance, and Niantic could easy change the rules once the update goes live.  Pokemon GO Gen 2 update should land sometime during the first half of 2017 until then go out and catch some Pokémon! 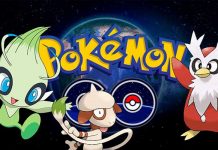 Pokemon GO: Here’s Why Gen 2 Pokemon Smeargle and Delibird Taking Too Long To Come Out